The new Saints Row reboot has been poorly received by critics and may have bombed on the sales charts, but the Embracer Group is still confident they will make money from the game. 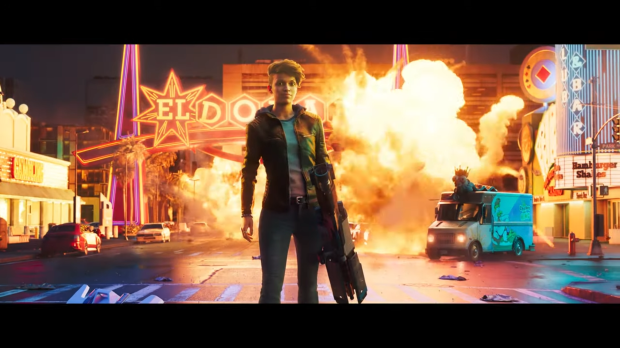 The latest Saints Row game has its fair share of problems. It's being lambasted by YouTubers and streamers for cutting out popular franchise characters and completely rebooting the main story, location, and overall culture. The biggest issues are performance hiccups and glitches, which remain prevalent throughout the game. As a result, it looks like Saints Row is a sales dud.

In a recent shareholders broadcast, Embracer Group CEO Lars Wingefors attested the game has a "polarized" image and that Saints Row won't make as much money as other popular franchises--or even games in the Saints Row series--like Metro, which remains one of Deep Silver's most potent IPs.

Despite the game's poor reception--and apparent sales to match--Wingefors isn't ready to call it quits on the Saints Row franchise. The CEO says he still trusts the developers at Volition, a team who needed a big new hit after the demise of their ill-fated Agents of Mayhem game.

"Obviously you always want every installment on any IP to be greater than the last one. What you do is...this is quite a process to evaluate the decision, the outcome, and there's hundreds of people engaged in the game in the group. I still have a great trust in those people and I'm sure they will recommend things for the future."