NASA's James Webb Space Telescope (JWST) is honing in on planets in our solar system, with NASA's newest observatory focusing its instruments on Neptune. 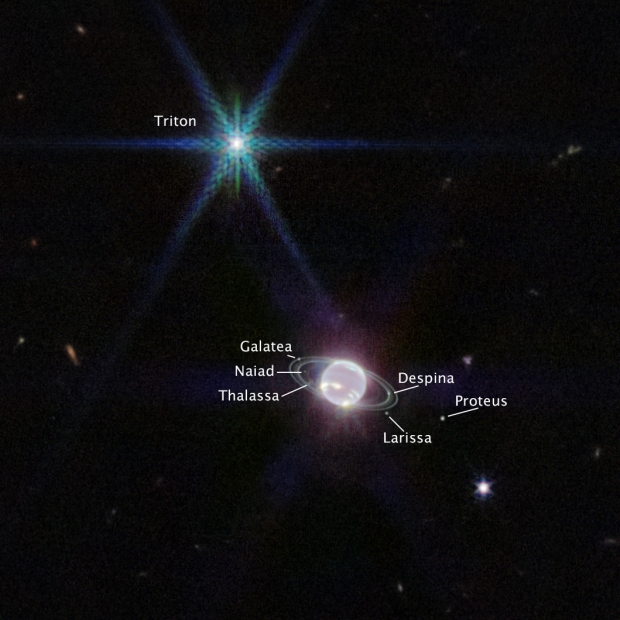 NASA has announced in a new release that researchers have used Webb's Near-Infrared Camera (NIRCam) to reveal an incredible view of Neptune's rings, which haven't been imaged at this level of clarity since NASA's Voyager 2 probe flew past the planet in 1989. Neptune is located approximately 30 times father from the Sun than Earth, making it our solar system's most distant planet.

Furthermore, the above image showcases Neptune's nitrogen-covered moon Triton, which is outshining the planet in terms of brightness. Since Neptune is mostly methane and methane strongly absorbs infrared light, Webb's infrared camera that was used to observe the planet shows Neptune being relatively dim when compared to Triton. The white streaks or specks seen across the surface of Neptune are a result of high altitude methane ice that is reflecting sunlight.

In other space news, a video of an incredible fireball streaking across the night sky has been confirmed by officials to be a meteor approximately the size of a golf ball.