Intel's new 13th Gen Core "Raptor Lake" CPUs haven't even been released yet, but they're being used to break some OC world records at the dizzying heights of 8GHz... yeah 8000MHz+. 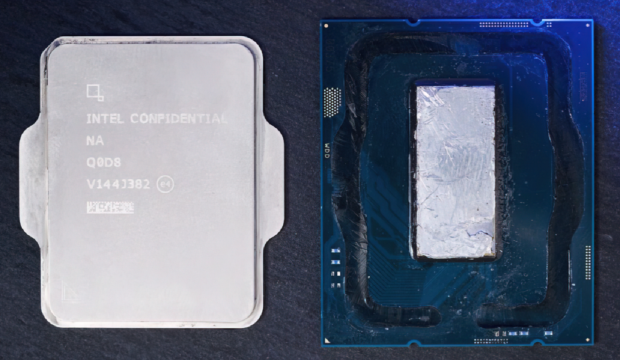 The new Intel Core i9-13900K processor was used, chilled with LN2 cooling on an "unreleased Z790 motherboard" where the CPU went up to a flat 8GHz (8000MHz). The folks over at Wccftech managed to get their hands-on a screenshot from an overclocker who has an Intel Core i9-13900K engineering sample (ES) processor, in the "unreleased Z790 motherboard" and the aforementioned LN2 cooling. 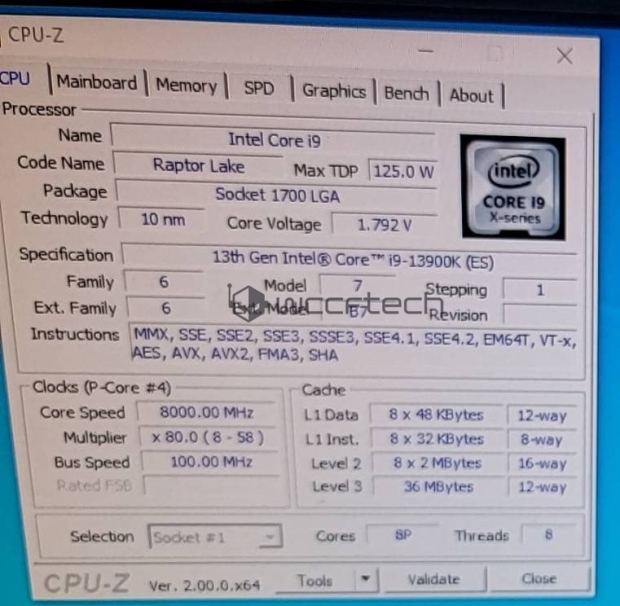 The overclocker also teased that 8GHz is the "baseline" for the Core i9-13900K... wowzers.

The overclock was achieved across 8 P-Cores with SMT disabled, so 1-core results could see CPU clock speeds passing 8GHz+ without a problem. We should see 8GHz and beyond in the weeks and months to come, as more overclockers get their hands-on the new Core i9-13900K (and other 13th Gen Core "Raptor Lake" CPUs) once they launch later this month.

We just got the full details on Intel's new 13th Gen Core "Raptor Lake" CPUs which will be led by the Core i9-13900K processor, which will pack 24 cores and 32 threads of power at up to 5.8GHz through its "Maximum Turbo Power". You'll want to team the new Intel Core i9-13900K processor with a new Z790 motherboard, with Intel bumping up Z790 to support DDR5-5600 memory. 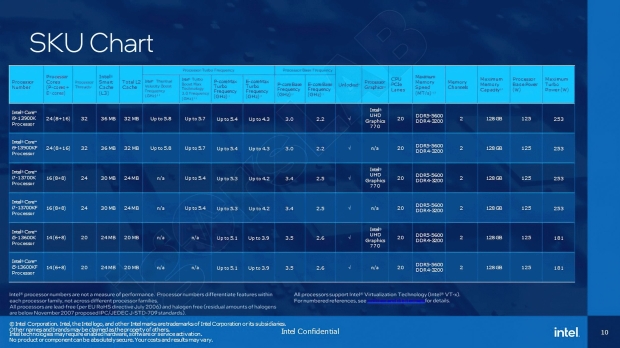 Under that, we've got the mid-range Core i5-13600K which features the same 125W base TDP as its fellow Raptor Lake CPU offerings, but the Maximum Turbo Power is a tad lower, at 181W. The same specs are here once again for the "F" variant, with Intel's new Core i5-13600KF sans integrated GPU.