Halo Infinite's latest September update sets the stage for the future of the live service game, but many fans aren't happy with the plan. 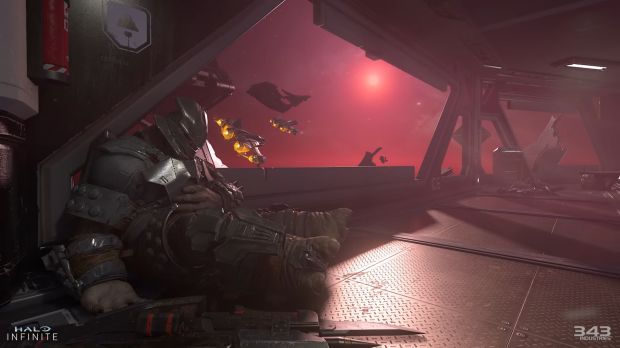 343i is at a crossroads with Halo Infinite. In a new Halo Infinite update video, studio has laid out a new strategy that will establish a foundation for Infinite with an emphasis on five main priorities including: seasonality, rewards, inviting social gameplay, balanced competitive PVP, and stability. The devs had to sacrifice in order to move forward on these goals, though, and executing on this plan lead to the cancellation of Halo Infinite's promised split-screen co-op.

Fans weren't happy about this. 343i's Sean Baron also raised controversy with comments that Halo is a competitive shooter first and foremost. Many fans objected to this, saying that Halo was a fun party game before anything else, and this comment sparked multiple YouTube responses adequately attributing Halo's early success to split-screen co-op and in-house, local PVP with friends.

The video was unpopular for a number of reasons we've outlined here, but there's a bit more. 343i confirmed Halo Infinite's season 2 would last until 2023. Despite some pretty surprising announcements like a Forge beta coming in November alongside a free battle pass, the Infinite September update has received 28,000 dislikes on YouTube compared to 8,000 likes. That's nearly 3x dislikes as likes from the video's current 222,448 views.

Right now 343i is in a tough position. The studio needs to change Halo Infinite's core framework to get it back on track, but that means delaying and even cancelling content while steadily working against a fanbase that often rallies against it and calls for the franchise being given to another studio.