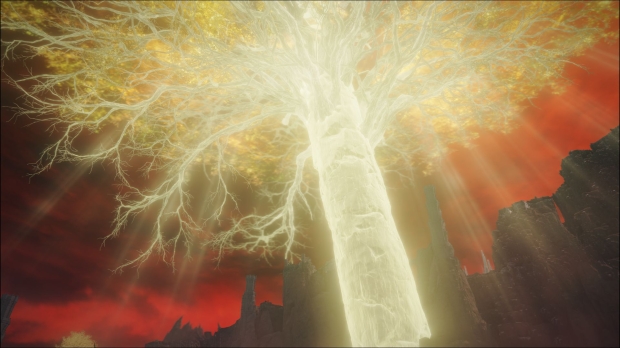 With 16.6 million copies sold, Elden Ring is an incredible success that took the gaming world by storm in early 2022. The RPG has made a long-lasting impression with its incredible and unique environments, meaningful exploration, hard-as-nails boss fights, and social engagement--it's so big that Bandai Namco has recognized it as an official franchise.

Now according to the Kadokawa Group, who wholly owns Elden Ring's developer FromSoftware, the landmark fantasy franchise will cross over into other media. In a recent Q1 earnings report, Kadokawa briefly mentions that it will "maximize the lifetime value of Elden Ring with a media mix," strongly indicating that the series will get its own cross-over media.

Read Also: Elden Ring Review: One Ring to Rule Them All

The game lends itself incredibly well to a lot of different mediums including comics and manga, anime or CGI films, and even books that expand the lore (remember that A Song of Ice and Fire author George R.R. Martin helped lay out the framework for the series' lore).

This isn't the first time Elden Ring transmedia has been mentioned. Bandai Namco said something about non-gaming Elden Ring content way back in March 2022:

"Please look forward to more of "ELDEN RING" as an IP (characters and other intellectual property) in hopes of expanding beyond the realm of games," the publisher said at the time.

FromSoftware has also just raised over $250 million in capital to help fund new games and its self-publishing ambitions. Sony and Tencent have bought a combined 30% of total FromSoftware shares for $259.5 million.