Gamers have found ways to access unpublished Halo Infinite content, including Forge, which has been a modder's dream--people are sharing creations left and right including this awesome Toy Story map. Now Halo Infinite modders and players are playing local couch co-op in Halo Infinite's campaign...even though 343i had officially cancelled the mode.

Turns out this is an older glitch that involves some menu trickery. The performance seems pretty solid and users aren't reporting crashing or stuttering with combat/AI. Twitter user Halo Creations shared a quick tutorial on how to access couch co-op in Halo Infinite and it's actually pretty easy. This trick works on both Xbox Series X/S and Xbox One.

In other Halo news, 343i confirmed it had cancelled couch co-op in favor of focusing on Halo-as-a-service. The entire studio is working on five key principles, the first starting with seasonality, or delivering new content. The studio says it cancelled the mode so it can shift resources to season 3, forge, and "new experiences we're not ready to talk about yet," which should be a nod to the Tatanka battle royale mode.

Halo Infinite's season 3 has been delayed to March 2023, meaning Season 2 will last 11 months...which isn't something fans are happy about. The studio affirms big and exciting things are coming down the pipeline.

Forge beta will be available on November 7alongside a big new update that includes a free 30-tier battle pass. 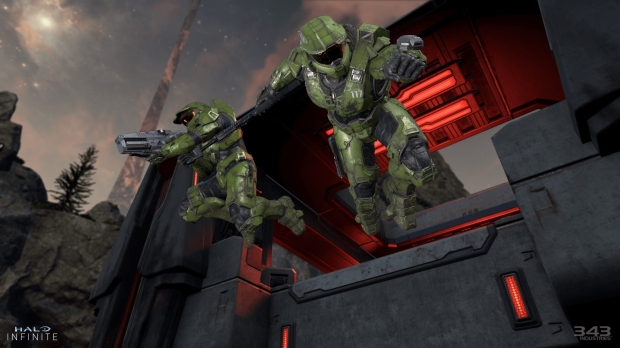