NVIDIA's new GeForce RTX 4080 Founders Edition graphics card just turned up in some fresh leaks, with a gander at its newly-minted font and RTX 3090-class chunky cooler. But now... now it's time for some color. 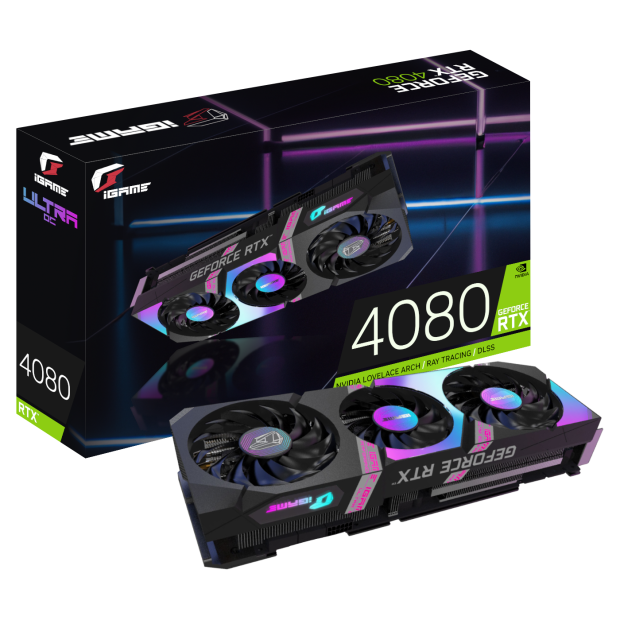 The card itself features a single 16-pin power connector, with provisions for two more on what I'm assured to see as some monster custom GeForce RTX 4080 or GeForce RTX 4090 from COLORFUL. COLORFUL's design is very similar (except its switched white to black) from its iGame GeForce RTX 3050 Ultra W DUO OC 8G, that I reviewed earlier this year. I loved the design then, and even said I'd love to see a higher-end graphics card with that design and here we have the iGame GeForce RTX 4080 Ultra OC. Yep, love that style.

I'm sure all AIB partners will have mosnter triple 16-pin power versions of NVIDIA's new GeForce RTX 40 series GPUs at the top end, so prepare your power supplies accordingly. Oh, and airflow in your room and maybe get a fan, and a UPS.

On the packaging we can see "NVIDIA LOVELACE ARCH" pointing to NVIDIA's next-gen "Ada Lovelace" GPU architecture, with the obvious "Ray Tracing" and "DLSS" but nothing else here to give us any hints on final specs. There's no VRAM amounts here, either.