Intel has unveiled its new Data Center GPU Flex Series GPUs, which were previously codenamed "Arctic Sound-M" with the introduction of the Flex Series 170 and Flex Series 140. 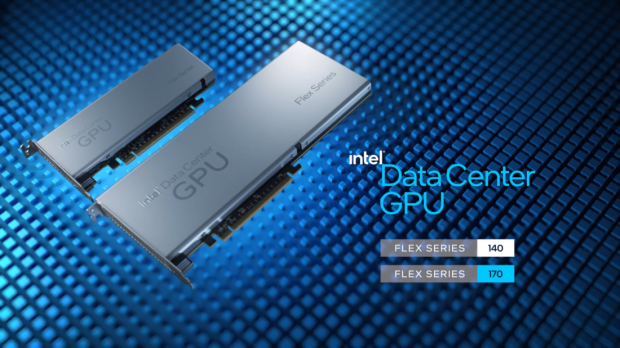 It seems that Intel is stripping itself of the Arc GPU naming with the rebranding of Arctic Sound-M, flexing into a new brand name: Flex Series. The consumer Arc GPU side isn't doing so well, with rumors that the entire division is in trouble and analysts saying Intel should package up the GPU business and sell it off... now a rebranding of the workstation Arc cards to Flex.

Intel says that its new GPU is built to handle the various workloads that users will have, without compromising on performance or quality. The company adds that the new Flex GPU series help lower and optimize the "total cost of ownership for diverse cloud workloads like media delivery, cloud gaming, AI, metaverse, and other emerging visual cloud use cases".

Inside, the Intel Data Center GPU Flex Series 170 is a full-height, single-wide passively cooled card with a 150W TDP. It features a single GPU with 32 Xe Cores, up to 16 TFLOPs of FP32 compute performance, 16GB of GDDR6 memory, and a PCIe 4.0 interface. 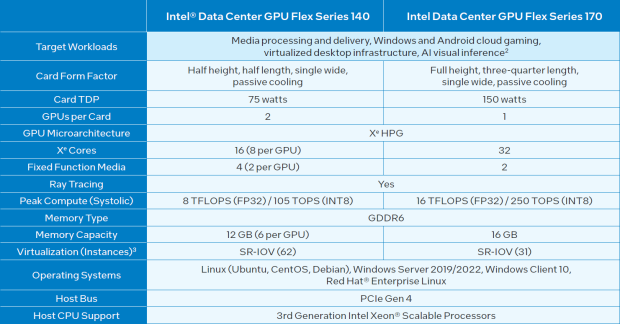 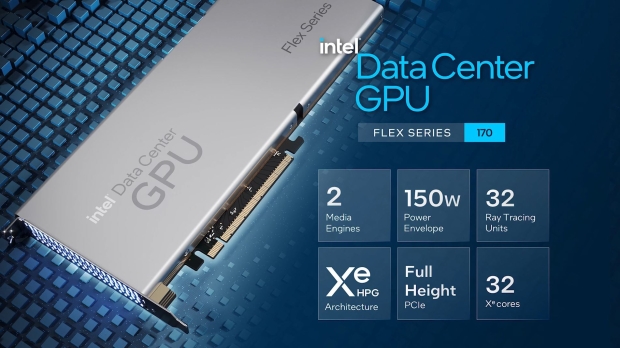 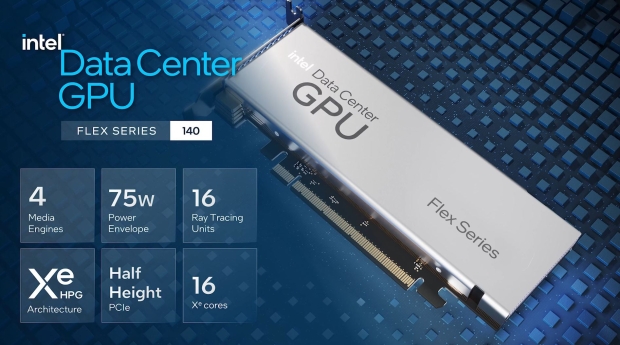 This card has 2 x GPUs with 16 Xe Cores in total (8 x Xe Cores per GPU) which is less than the single-GPU Flex Series 170, with only 8 TFLOPs of FP32 compute performance, and 12GB of GDDR6 memory in total (6GB GDDR6 memory per GPU).