Intel has detailed its Arctic Sound M data center GPU, announcing that it will be available in Q3 2022 -- but no one in their right mind would be trusting their GPU shipment dates after all their Arc GPU delays -- still, let's get this Arctic Sound M GPU show on the road. 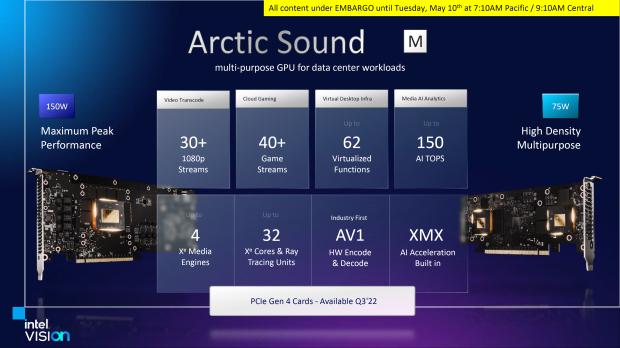 There are two different designs of the Arctic Sound M, the first is the flagship based on a single ACM-G10 GPU and a 150W design. The second card is packing not one but two ACM-G11 GPUs and has a smaller 75W TDP, but it's aimed at high-density multi-purpose workloads. Intel's new Arctic Sound M are "super flexible data center GPUs aimed at cloud gaming, media processing and delivery, virtual desktop infrastructure, and inference.

Arctic Sound GPUs can reportedly handle 30+ 1080p streams, 40+ game streams, up to 62 Virtualized Functions, and up to 150 AI TOPs. Intel says its new Arctic Sound M GPUs will have the latest technologies like AV1 HW Encode/Decode, and XMX AI-Accelerators built-in.

Intel's new Arctic Sound M GPUs will be launching in Q3 2022, but who knows if that'll happen or not. Intel just announced that its new desktop-focused Arc Alchemist GPUs will be delayed, and instead launching as a China-exclusive later this year. 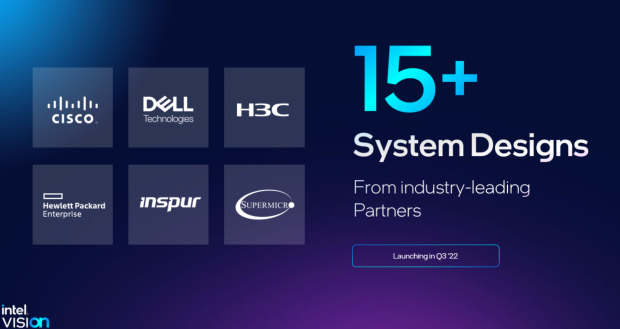 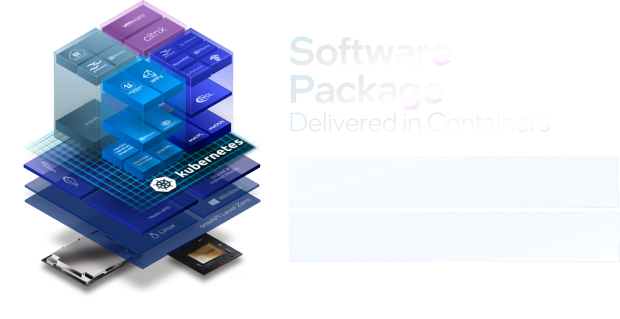 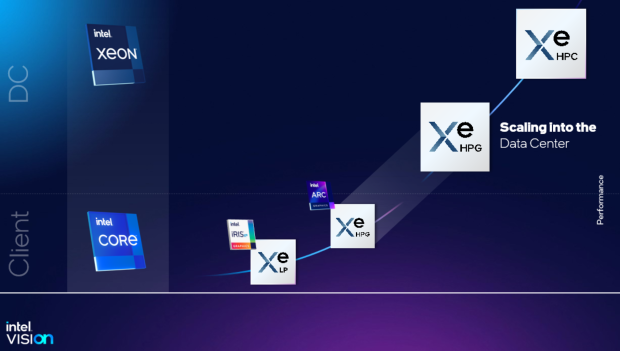 We might see more stability with the Arctic Sound M GPU launch given the company already has 15+ system designs from companies like Dell Technologies, HPE (Hewlett-Packard Enterprise), CISCO, Supermicro, and many more.