Intel needs 7000 workers to construct what it calls the "largest silicon manufacturing location on the planet", which will be built and operational in Ohio, USA in the future. 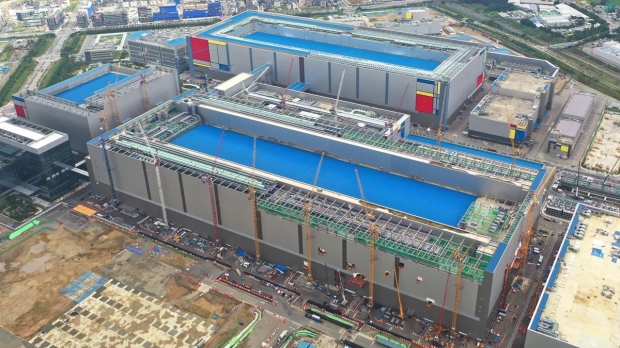 In a new report from the Associated Press, we find out that Intel needs 7000+ workers for its new fabrication plant in Ohio, which will cost $20 billion to make... but there are other issues that Intel is facing. A labor shortage is hurting the construction industry that is making it hard on the company to hire the people necessary for construction.

On top of that, the company is also facing more competition for workers that could have flow-on effects on the home building industry in Ohio, which is required for the continuously expanding workforce that Intel is trying to attract for its new plant. Not only are workers required, but they will bring families and form new communities... new houses are required, but workers are constructing the $20 billion plant for Intel.

Intel announced the $20 billion plant in Ohio earlier this year, where it said it would start construction by late 2022 and that once they're done the 1000-acre site will have not one but two fabrication facilities that will hire 3000+ people in total. Intel has further plans to invest $100 billion into the project, expanding the site past 1000 acres to 2000 acres, and a total of eight fabrication plants in total, up from the two plants that are expected in 2025.

Michael Engbert, an Ohio-based official with the Laborers' International Union of North America said: "This project reverberated nationwide. We don't field calls every day from members hundreds or thousands of miles away asking about transferring into Columbus, Ohio. It's because they know Intel is coming".

Intel said in a statement: "One of Intel's top reasons for choosing Ohio is access to the region's robust workforce. It will not be without its challenges, but we are confident there is enough demand that these jobs will be filled".