DeLorean has released images of its latest concept vehicles, the Omega 2040 and the Alpha5 Plasmatail. 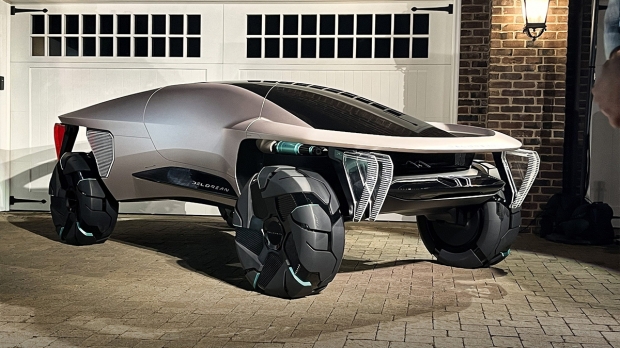 The design of the Omega 2040, featured in the above image, was inspired by vehicles used in the annual off-road Baja 1000 race in Mexico, one of the most iconic off-road races in the world. As such, it features an elevated ride height, though it also lacks side windows. For DeLorean, the Omega 2040 "represents the next generation of DeLorean's design philosophy" and is "a complete departure from traditional automotive design."

The company rolled out a physical iteration of the concept art at the Concours D'elegance event in Pebble Beach, California. However, it doesn't seem the Omega will make it to the stage of being mass produced. Although the other concept revealed at the event, the Alpha5 Plasmatail, will enter production. 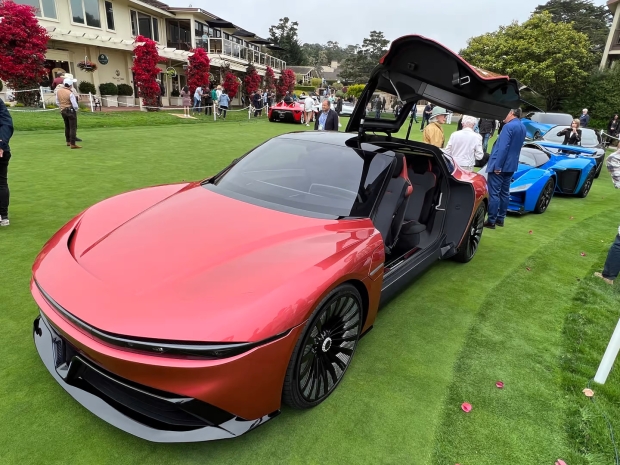 The original Alpha5 design was revealed in May 2022, an electric car that features the iconic gullwing doors and a louvered rear window that was also present on the original DMC DeLorean. It will be able to reach 60 miles (96 kilometers) per hour from a dead stop within three seconds, and DeLorean estimates its 100-kilowatt hour (kWh) will allow for a range of over 300 miles (483 kilometers) per charge.

The newly unveiled concept features is a revision of the Alpha5, expected for production in 2024. It is "designed as an extension" to the original Alpha5 and has the same passenger seating capacity. It does feature additional storage space, stretching out the rear end and doing away with the louvered rear window.

Check out more imagery from DeLorean's various concept vehicles on its website.

Back to the Future