Intel has just launched its new NUC 12 Pro "Wall Street Canyon" which is based on the Intel 12th Gen Core "Alder Lake-P" series of CPUs. Check them out:

You've got 8GB of DDR4 RAM at a minimum, with 2 x DDR4 DIMMs offering up to 16GB of RAM inside of the Core i7-1260P version of the Intel NUC 12 Pro "Wall Street Canyon" PC. Intel supports up to 64GB of DDR4-3200 inside of the NUC 12 Pro if you wanted to upgrade it yourself, while the higher-end SKUs of the Wall Street Canyon NUC have dual Thunderbolt 4 connectors (that support TBT3, USB4/3 or DisplayPort 1.4a HBR3). 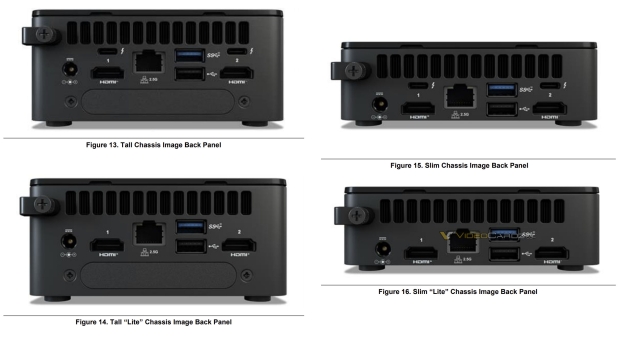 SimplyNUC offers the cheapest Intel NUC 12 Pro system at $749, which includes 4GB of RAM and 256GB storage, while the higher-end Core i7 version of the NUC 12 Pro starts at $879. If you compare Intel's new "Mac Studio killer" NUC 12 Pro in terms of pricing, Intel destroys Apple.

Apple's cheapest Mac Studio starts from $1999, offering a 10-core CPU, 24-core GPU, 32GB of RAM, and 512GB of SSD storage. You also get 4 x Thunderbolt 4 connectors, and a slew of other I/O that you're not getting here on the NUC 12 Pro "Wall Street Canyon". But it'll cost you at least double, with the Apple M1 Ultra-powered Mac Studio starting at $3999. 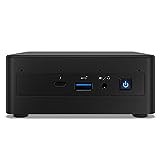