Intel's next-gen "Raptor Canyon" NUC has been teased with its new "Shrike Bay" Compute Element, which will debut after Intel has released its new 13th Gen Core "Raptor Lake" CPUs. 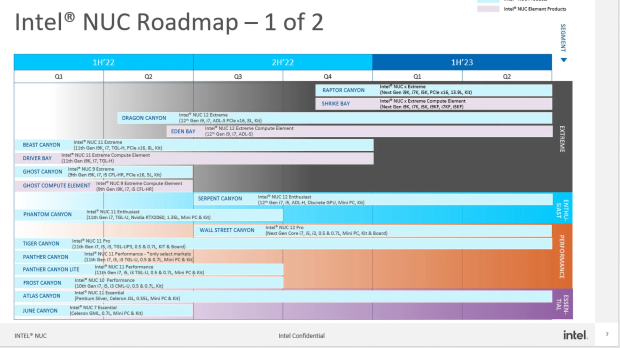 The new Intel "Raptor Canyon" NUC leak is coming from some leaked documents and roadmap on the Intel NUC subreddit, shared by @Harukaze5719 on Twitter. Intel's new 13th Gen Core "Raptor Lake" CPUs will arrive later this year, ushering in the new "Raptor Canyon" NUC that will support the K-series Core i9, Core i7, and Core i5 processors. 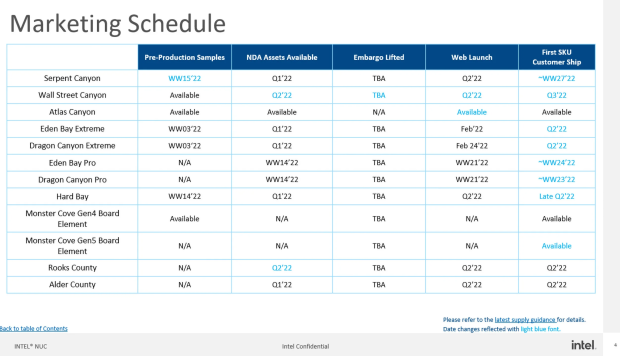 We should see Intel reveal and launch its next-gen NUC 13 Extreme "Raptor Canyon" Mini PCs in Q4 2022, it's just unfortunate that most people won't see it when they drop. I wish that Intel put more time and effort into the marketing of its NUC systems, because they're improving by the year... soon we'll have a new Core i9-13900K processor and next-gen PCIe 5.0-based GPU inside of a tiny Mini PC.

Another thing to note is that there's no mention of Intel's next-gen 14th Gen Core "Meteor Lake" CPU here on any next-gen NUC... we should expect to see a new Intel NUC 14 Extreme "Meteor Canyon" system in the future I'm sure, with some nifty silicon (the first use of Tiles by Intel) when Meteor Lake launches in 2023.