Etienne Klein has apologized for causing a stir online after labeling a picture of chorizo as a photo taken by the James Webb Space Telescope (JWST).

Klein is the research director at France's Alternative Energies and Atomic Energy Commission, and posted the picture on August 1st, captioning it as a "Photo of Proxima Centauri, the closest star to the Sun, located 4.2 light years from us." Klein continued by saying "She was taken by the JWST. This level of detail... A new world is revealed day after day."

The post was made amongst recent image releases from NASA taken by the JWST throughout July, showing off the capabilities of the new $10 billion space telescope. In replies to the original tweet, Klein jested by warning readers not to let their cognitive biases get the best of them, seemingly referring to being tricked by something blatantly false posted by a reputable individual. He continued with the remark, "According to contemporary cosmology, no object belonging to Spanish charcuterie exists anywhere but on Earth."

He clarified the situation in a further reply, stating the "tweet showing an alleged snapshot of Proxima Centauri was a form of amusement" and for readers to "learn to be wary of arguments from authority." On August 4th, Klein put an end to the saga by apologizing in a new tweet for "a scientist's joke," writing that he has "come to apologize to those whom my hoax, which was in no way original, may have shocked." Klein claims he only wished to urge caution when people view such things online. 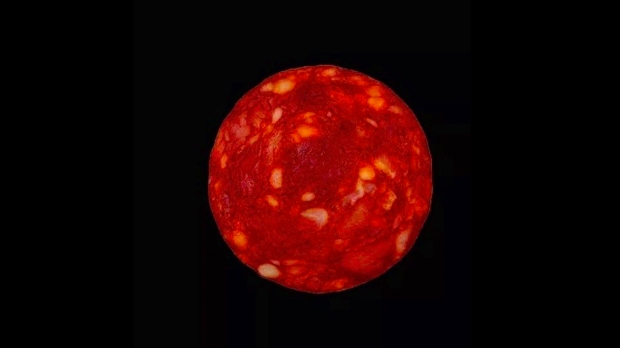 Journey to the Pale Red Dot