Sony has sold nearly 2 billion video games on the PlayStation 4 and PlayStation 5 consoles. 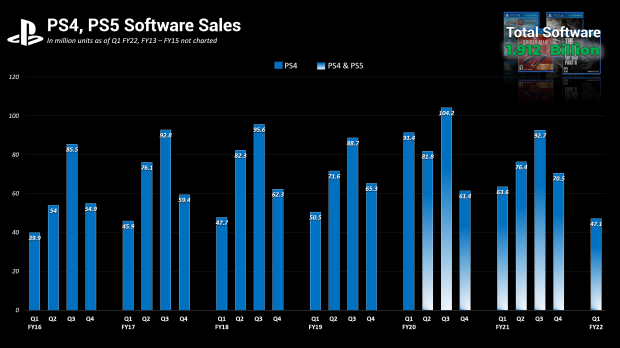 Sony's latest Q1'22 earnings report reveals total cumulative game sales across the PS4 and PS5 generations. According to the data, both systems have sold a combined 1.912 billion game units across digital and physical channels since the PS4's launch in 2013 to present day.

Trends suggest that the PS4 and PS5 will break 2 billion game sales throughout this fiscal year, a major new milestone for the PlayStation brand. Sony is also preparing to ship 18 million PS5s worldwide throughout Fiscal Year 2022.

Quarter-by-quarter game sales have dropped to 47.1 million in Sony's Q1 period due to slower first-party and third-party game purchases across retailers and on the PlayStation Store. Both systems generated $909 million in total game revenues throughout Q1'22. 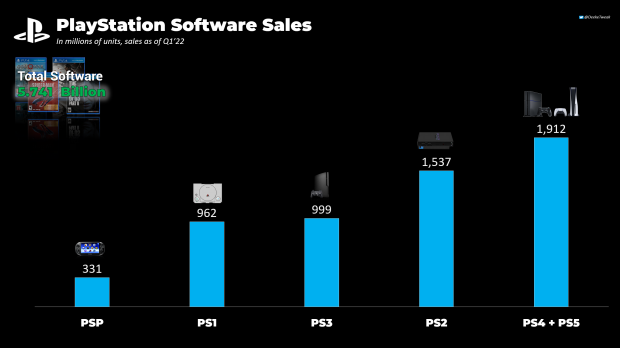