Meta's Mark Zuckerberg explains to investors why the company is sinking billions of dollars into the vague and nascent metaverse. 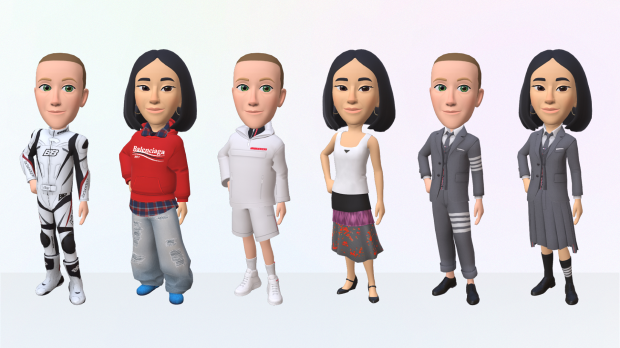 The metaverse is hard to define, but Meta is a big believer in the new platform--it's the entire reason it changed its name. Meta wants to help define the new web3 platform in an effort to control and pioneer a new interactive realm of ads, social media, games, and shopping.

This plan is very, very costly. Meta's Reality Labs division, which is gearing up tech and hardware to power the metaverse, has lost $18 billion since 2020. Meta says that this spending will increase. The rationale is that Meta is trying to build an entirely new cyberspace that melds digital money-making models together, all wrapped in an interactive social media platform. Zuckerberg believes the metaverse will be worth "hundreds of billions of dollars."

"The metaverse is a massive opportunity for a number of reasons. Most importantly, it enables deeper social experiences where you feel a realistic sense of presence with other people, no matter where they are - whether you're playing games or working for hours at a time, or you're just jumping in for just a minute at a time to say hi to a friend or collaborate on a project quickly. By helping develop these platforms, we're going to have the freedom to build these experiences the way we and the overall industry believe will be best rather than being limited by the constraints that competitors place on us, and our community, and on small businesses.

"Given some of the product and business constraints we face now, I feel even more strongly now that developing these platforms will unlock hundreds of billions of dollars, if not trillions, over time.

"This is obviously a very expensive undertaking over the next several years, but as the metaverse becomes more important in every part of how we live - from our social platforms and entertainment, to work and education and commerce - I'm confident that we're going to be glad that we played an important role in building this."

Zuckerberg goes on to say that Meta will keep spending on its Horizon Worlds platform, which offers low-fidelity avatars in a monetized storefront to use in digital environments. Horizon Worlds has been criticized for its lack of overall appeal and tacky appearance.

"The next milestones to look out for are the continued expansion of Horizon, our social metaverse platform, and the continued improvement of our avatars platform.

"How you express yourself and interact in the metaverse, as well as the commerce around that, these are the areas that we're most

focused on. We'll be launching a web version of Horizon that will be accessible on all platforms later this year, which should dramatically increase the number of people who can use Horizon.

"We also just launched our avatar store with digital clothes from leading fashion houses, and we're going to continue expanding that selection and the fidelity of our avatar system overall."