A poll has been conducted, and it found most Americans believe that the $10 billion spent on the James Webb Space Telescope (JWST) was a good idea.

The poll was conducted by marketing and data analytics company YouGov, which took 1,000 Americans and asked them a couple of questions regarding NASA and its projects. The data analytics company asked participants if they have a favorable opinion of NASA, which garnered results of seven in ten Americans having a "somewhat favorable" opinion of the US space agency, with 13% viewing NASA unfavorably and 16% saying they aren't sure.

The company also asked participants what their thoughts were on several different NASA projects, such as the Hubble Space Telescope, the International Space Station, sending astronauts to the moon, the space shuttle program, and others. Participants were asked if they thought the investments made into each of these ventures had been a good or bad investment. The survey's results indicated that 3 in 5 Americans believe the JWST has been a good investment, with 33% saying they are unsure and 13% saying it's been a bad investment.

As The Verge notes, the $10 billion price tag for Webb's development is the approximate total cost of the project, which has been in development since the early 2000s. Additionally, the $10 billion price tag is only 0.0095% of total US spending between 2003 and 2026, which seems like a very small price to pay for the potential of discovering another habitable world, alien life, and ultimately, learning more about how the cosmos that we will live in. 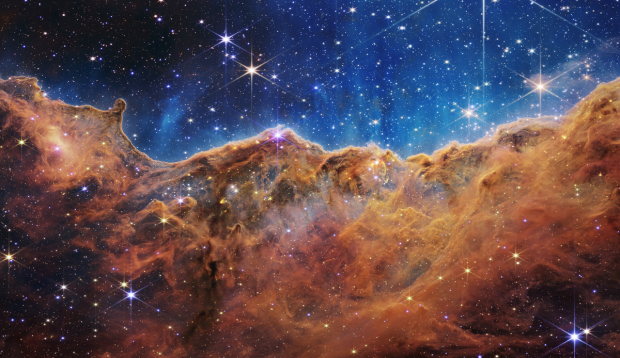 Webb has already sent back a set of incredible images, and that is just the space telescope warming up to its science operations. Researchers will be pointing the next-generation space telescope at exoplanets to analyze their atmospheres to determine elements and chemical compounds. With this data, researchers will be able to determine if the planet is capable of housing water and perhaps life.