ADATA revealed its next-gen PCIe 5.0 SSD at CES 2022 earlier this year as "Project Blackbird", but now the company is giving the skinny on its ultra-fast next-gen SSDs.

The new ADATA XPG PCIe Gen5 SSD will be pushing a huge 12GB/sec writes, and a bonkers 14GB/sec writes that will also require some radical cooling: ADATA is using an in-house, exclusively developed cooling solution for its new Project Nighthawk PCIe 5.0 SSDs. Not only is it fast, but it looks awesome, too.

ADATA is reportedly using the SM2508 controller, offering up to 1800K IOPS random reads, and 1600K IOPS writes operations per second. ADATA's new Project Nighthawk PCIe 5.0 SSDs will be offered in a large 8TB capacity, which is the capacity you can get now from the likes of Sabrent and their kick-ass Rocket 4 Plus 8TB SSD... but you ain't getting 14GB/sec reads, that's for sure. 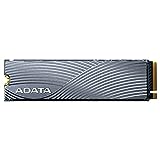