Brandon Sanderson is interested in creating a whole new world for a video game, similar to how George R. R. Martin helped shape the lore of Elden Ring. 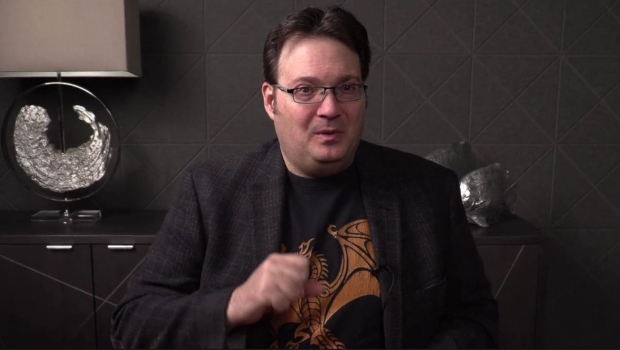 Mistborn and Stormlight Archive writer Brandon Sanderson is apparently working on a video game, but if he had his way he would be building a brand new IP or series from the ground up. In a recent Reddit AMA, Sanderson said he'd ideally like to create something brand new for the game and not have it based on his books.

"[If it were 100% up to me I would prefer] a separate story set in the same world as one of my books, or a completely new story in a new place. I think I'd like a new story in a new place the most, as I could design something for a game really well, I think. A world that lends itself to that kind of storytelling. I think B is more likely, though, as people would prefer a publicity boost from the IP associated," Sanderson said in the AmA in a paraphrased quote.

This is interesting given Sanderson has already said he's working on a video game.

"I've been working on a video game for several years, and I suspect it will be announced this year. So, commence speculation! (Note: it's not for one of my properties, but something new that I built with them. It's a game company many of you will have heard of, but probably not the one you're thinking about right now. Not that other one either.)," Sanderson said in a December 2021 blog update.

Interestingly enough, after Elden Ring's success, FromSoftware is interested in working with Sanderson possibly the same way they collaborated with George R.R. Martin for Elden Ring.

"They are interested in perhaps doing something together. I am as well," Sanderson said in an April 2022 podcast.