ASUS is in the headlines with some DDR5 memory overclocking world records being broken, using their high-end ASUS ROG Maximus Z690 Apex motherboard.

The ASUS ROG Maximus Z690 Apex motherboard was used with an Intel Core i9-12900K processor, and a single stick of DDR5 RAM was used -- but we don't know which manufacturer, what speeds, or anything about the DDR5 memory used -- to reach insane DDR5-10552 speeds. Breaking DDR5 memory overclocking world records, the ASUS way.

Hong Kong-based overclocker "LUPIN_NOP_MUSUME" used exotic LN2 cooling on an Intel Core i9-12900K processor (with of the 4-Cores enabled) running at a huge 5275.9MHz overclock on the DDR5 memory, breaking DDR5 memory overclocking world records. JEDEC specifies that DDR5-4800 is the entry for DDR5, meaning that the overclock on this DDR5 RAM being pushed to DDR5-10552 is a huge 2.2x the JEDEC spec for DDR5. Very cool. 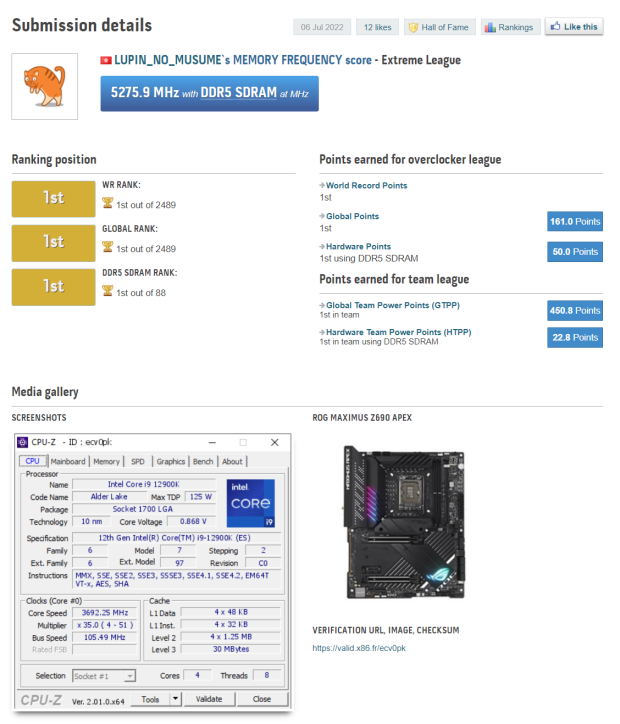 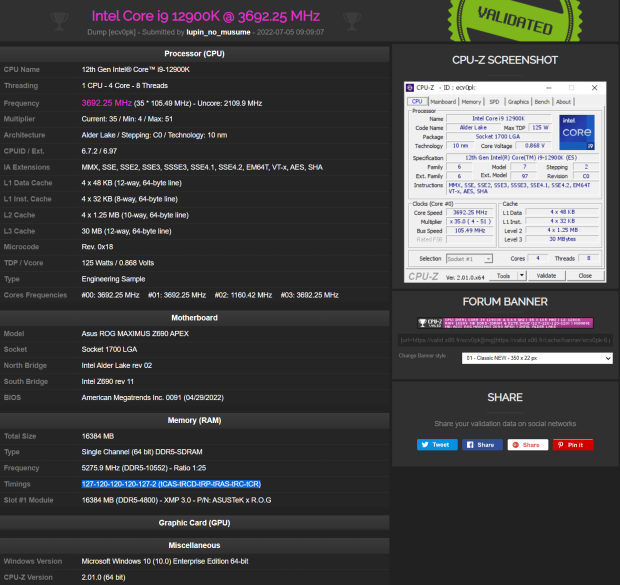 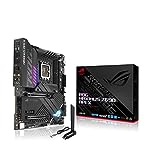