A Twitch streamer and voice actor plugged a made-up word into an artificial intelligence, and it has seemingly created a new demon.

Guy Kelly took to Twitter over the weekend to ask his followers if anyone could explain why the DALL-E Mini, an artificial intelligence that scraps the internet and creates images based on the user's prompt, is producing a selection of demonic images when "Crungus" is entered into its text box. Kelly explains that he made the word up and was confused when the AI produced demon-like images since a normal Google search doesn't show anything remotely close to what the AI was creating.

The difference between a normal Google search and asking the AI led Kelly to try and probe the AI for a warning by writing "Crungus warning". This prompt caused the AI to produce the same demonic images, but some featured dark clothing. One Twitter user replied to Kelly and said that the name "Crungus" is used by a easter egg video game mob that mysteriously made its way into the game Carnivores Ice Age (2001).

The mob seemed to have been designed off a Cacodaemon model from DOOM, and the Twitter user suggested that the AI may be using memes made about the Carnivores Ice Age "Crungus" as a reference point, considering how the images it produced were demon-like. 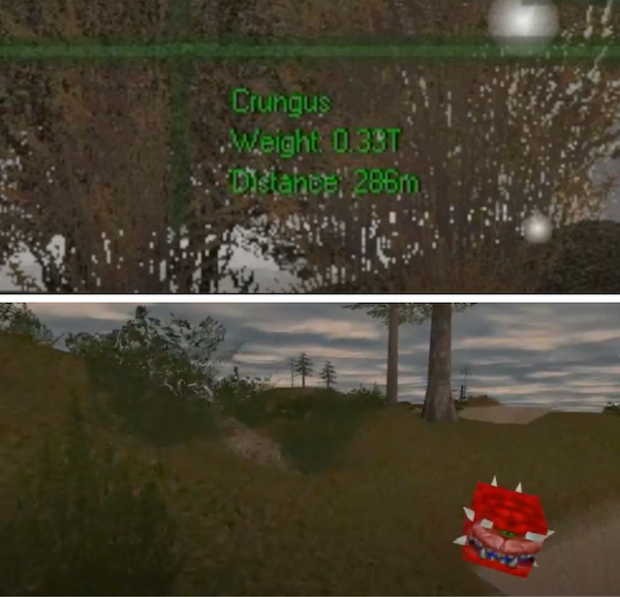 Ultimately, no one knows why DALL-E Mini is producing demon-like images when its prompted Crungus, especially considering the consistency of the produced images through a seemingly lackluster data pool.

Deepfake videos are becoming better and better with each day, and millions of people are unaware that some of the videos they are watching (especially of celebrities) may not be real. They are even being used to scam people online.