AMD has also said that the new Ryzen Threadripper PRO 5000 WX series CPUs will support overclocking (OC) on select WRX80 motherboards, both CPU + RAM overclocking will be supported. If you've also got an sWRX8-socket WRX80 chipset-based motherboard, AMD says you'll be able to "perform a drop-in upgrade to Threadripper PRO 5000 WX-Series processors after a BIOS update".

AMD explained on its website: "As AMD continues to expand its workstation business, we're happy to share that Ryzen Threadripper PRO 5000 WX-Series processors will be available at leading system integrators worldwide beginning in July, 2022. We also expect to make these processors available to our DIY community later this year". 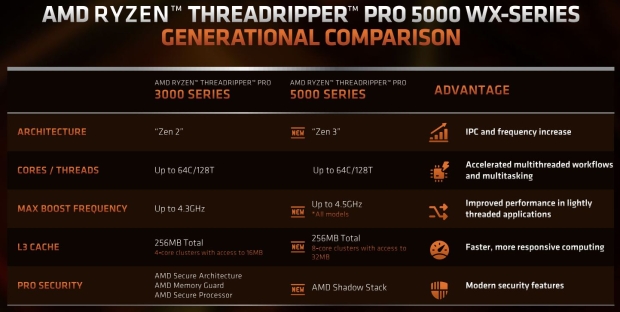