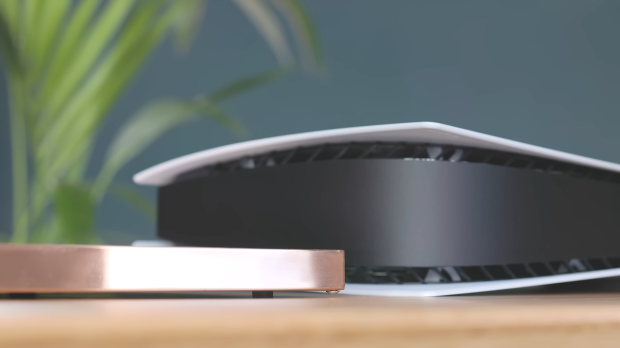 The PS5 is a massive console that stays surprisingly cool thanks to its robust heat sink design and liquid metal-cooled SoC--our PlayStation 5 SSD temperature tests also reveal how important it is to have a storage heat sink installed. But one YouTuber has pushed things to the max, shrinking the PS5's overall thickness to just 0.75 inches, a size reduction of 85% over the retail model. 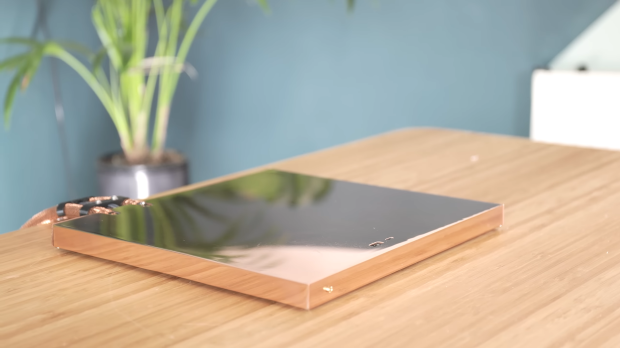 The custom PS5 from YouTuber DIY Perks is significantly thinner and cooler than Sony's mass-produced model. The size reduction is apparent, but inside components like the VRM, RAM, and SoC remain up to 45% cooler with a custom watercooling system built specifically for the ultra-slim chassis. This DIY console wasn't easy, though, and cost a pretty penny. 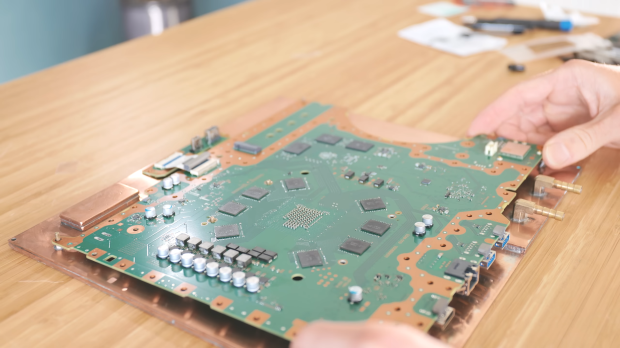 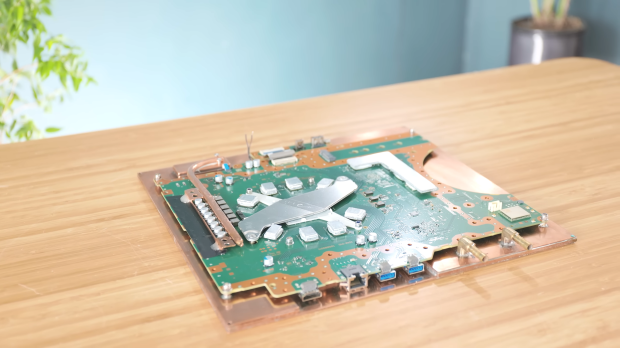 DIY Perks built a custom water-channeling system with copper sheeting for this project. The copper sheets used in the system were pretty expensive, and cost almost as much as the retail PlayStation 5 itself. He also had to replace the PS5's power connector due to size limitations. One of the biggest modifications was moving the PS5's power supply to the outside of the unit itself. The small case wouldn't accommodate the PS5's massive stock PSU, so the YouTuber had to make an external one instead. 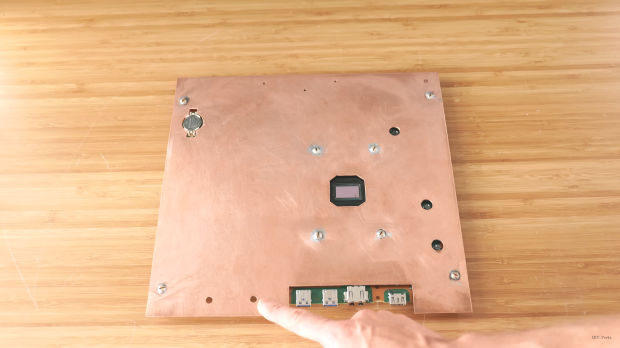 "There you have it: a custom PS5 waterblock made with hand tools."

DIY Perks also put in a new coating of liquid metal on the PS5's custom 7nm+ SoC, sealing the outside with putty to prevent overspill, and had to make a custom heat pipe for the PS5's VRM, which has its own custom heat pipe solution with a small heat sink. 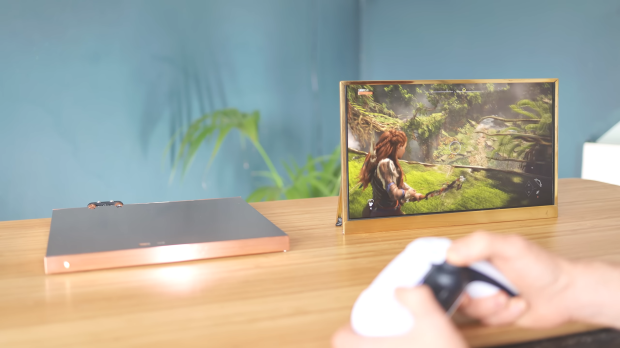 Things didn't go without a hitch, though. One test showed the PS5 did overheat, and the PS5 became nonresponsive. Luckily DIY Perks had a backup PS5 thanks to Dbrand...and the second run worked fantastically.

The temp improvements just speak for themselves: 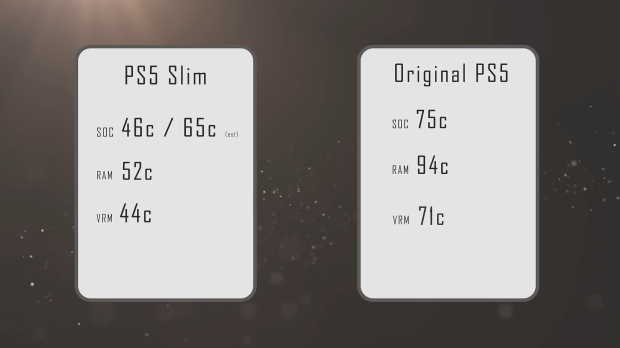 For a full run-down on the project, check out the full video here.