Gates has previously been vocal about his misgivings about cryptocurrencies and non-fungible tokens (NFTs), questioning their viability and opposing the massive carbon footprint associated with mining them and processing their transactions on the blockchain.

Gates joked during an interview at the conference that "obviously, expensive digital images of monkeys are going to improve the world immensely, we all know that, and that's so incredible," referencing the notorious Bored Ape Yacht Club (BAYC) NFTs.

He went on to make a comparison to conventional asset classes like farms or companies which produce goods and products, claiming that an asset class such as NFTs is based "a hundred percent based on greater fool theory."

Greater fool theory is the notion that overvalued goods, in this case, NFTs, can be bought to make a profit, assuming that someone else will purchase them for an even greater amount, making them the 'greater fool.' 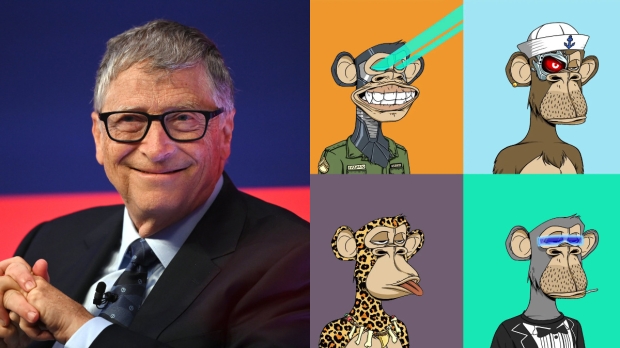 Bill Gates: How to Avoid a Climate Disaster