Satellite internet such as SpaceX's Starlink comes with many benefits, but one benefit that may be considered least expected is gaming in rural areas.

SpaceX's intentions for Starlink are to provide an internet connection to individuals living out in rural areas, and while everyone may automatically assume that those individuals are in houses, that isn't always the case. One YouTuber called "TTTHEFINEPRINTTT" lives in a van and recently picked up Starlink so he could game wherever in the countryside he decides to park for the night.

Posted to his channel, the YouTuber showcases an unboxing of Starlink, its setup process, speed tests for his area, speed tests on top of a mountain, and of course, some gaming done over the SpaceX connection. The official SpaceX Twitter account saw the video and shared it, which was recently retweeted by Elon Musk, who wrote, "Play video games wherever you want".

It will be interesting to see if Starlink, and its widely available internet connection, will spark a new lane of viable gaming live streaming where more streamers are setting up their streams outside for long gaming sessions.

Read more: Elon Musk may cut Starlink out of SpaceX and make it a public company 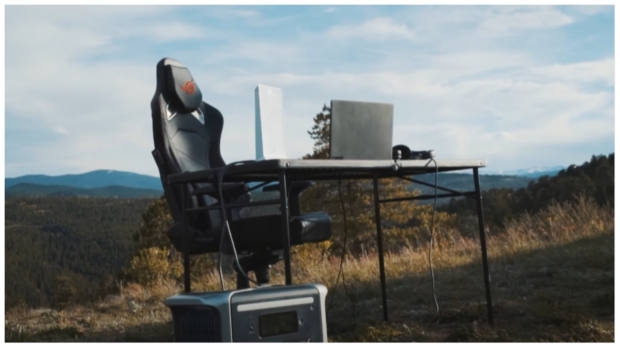