In a shock announcement, chief operating officer of Facebook and its parent company Meta -- Sheryl Sandberg -- has said she's leaving the company after 14 years by Mark Zuckerberg's side. 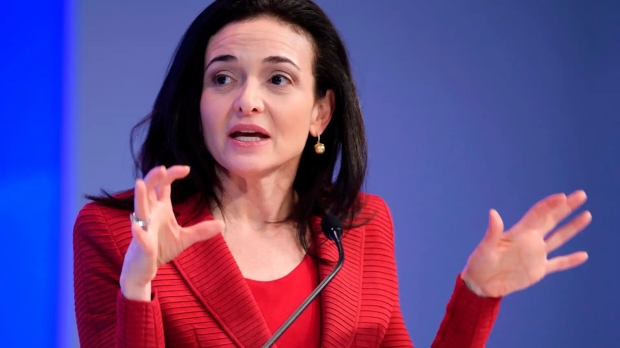 Sandberg announced the news on her personal Facebook page, with the shock exit from one of the biggest and most influential companies of all time, where news broke just barely over a month ago that Sandberg asked the mainstream media to bury disturbing reports on her then-boyfriend and current Activision-Blizzard boss, Bobby Kotick.

And now... the Meta COO is stepping down from her company. I'm sure it has nothing to do with anything else, she just wants to do something else now.

Sandberg said on her Facebook post: "When I took this job in 2008, I hoped I would be in this role for five years. Fourteen years later, it is time for me to write the next chapter of my life. I am not entirely sure what the future will bring - I have learned no one ever is. But I know it will include focusing more on my foundation and philanthropic work, which is more important to me than ever given how critical this moment is for women".

"And as Tom and I get married this summer, parenting our expanded family of five children. Over the next few months, Mark and I will transition my direct reports and I will leave the company this fall. I still believe as strongly as ever in our mission, and I am honored that I will continue to serve on Meta's board of directors".

Facebook and Meta CEO, Mark Zuckerberg, replied: "The end of an era. In the 14 years we've worked together, you've architected our ads business, hired great people, forged our management culture, and taught me how to run a company. I'm going to miss working alongside you every day, but grateful to have you as a lifelong friend. Thank you for all you've done for me and my family, for our company, and for millions of people around the world. You're a superstar".