The moon dust was collected by Apollo 11 astronauts Neil Armstrong and Buzz Aldrin from the moon in 1969. 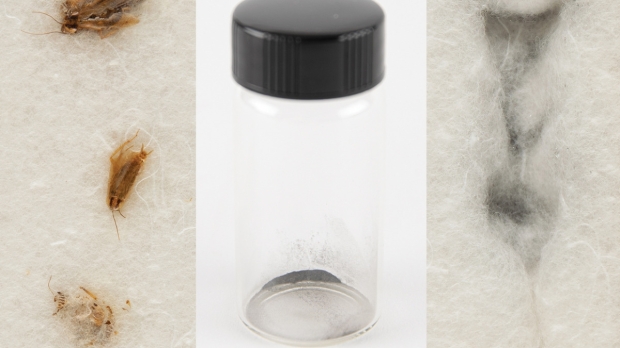 Scientists at the time didn't know as much about the moon as we do now and were therefore concerned about the possibility of the astronauts bringing home some form of life that could threaten life on Earth. Thus, the crew, their spacecraft, and everything else that returned from the moon to Earth were quarantined for 21 days.

The Apollo 11 mission brought back 47.5 pounds (21.5 kilograms) of lunar rocks and dust to Earth. About ten percent of the matter was allocated for tests involving exposing animals to it to test how life on Earth might react to lunar material, including fish, mice, cockroaches, and more.

NASA contracted Marion Brooks (later Brooks-Wallace) to conduct a follow-up study of the eight cockroaches used in the initial tests, despite no ill effects observed in any of the animals tested or the returning astronauts. Three of the Blattella germanica cockroaches used, a vial containing some lunar dust, glass slides, and more are now listed on RR Auction with an opening bid of $10,000.

You can view the auction listing for more information here.