Argo AI is now testing fully driverless vehicles in major US cities, including Miami, Florida, and Austin, Texas -- the first company to do driverless testing in two cities simultaneously.

The self-driving startup is backed by auto giants Ford and Volkswagen, with Argo AI announcing last week that it was testing fully driverless vehicles in Florida and Texas. An Argo staffer will be riding passenger in the vehicle, testing out the AI-powered vehicle before the service goes live to the public.

There are other companies testing out fully autonomous cars without humans behind the wheel, but Argo AI is claiming to be the first to be doing driverless testing in two cities simultaneously. Argo AI made sure the world knows that its vehicles are operating during "daytime hours" -- versus competitor Cruise -- which has permission to test their autonomous vehicles at night in San Francisco.

Bryan Salesky, founder and CEO of Argo AI explains: "Argo is first to go driverless in two major American cities, safely operating amongst heavy traffic, pedestrians and bicyclists in the busiest of neighborhoods. From day one, we set out to tackle the hardest miles to drive - in multiple cities - because that's where the density of customer demand is, and where our autonomy platform is developing the intelligence required to scale it into a sustainable business". 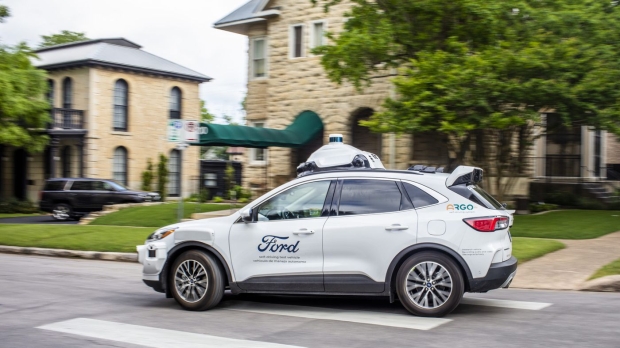