A study on the new solar cell titled "Triple-junction solar cells with 39.5% terrestrial and 34.2% space efficiency enabled by thick quantum well superlattices" has been published in the journal Joule. 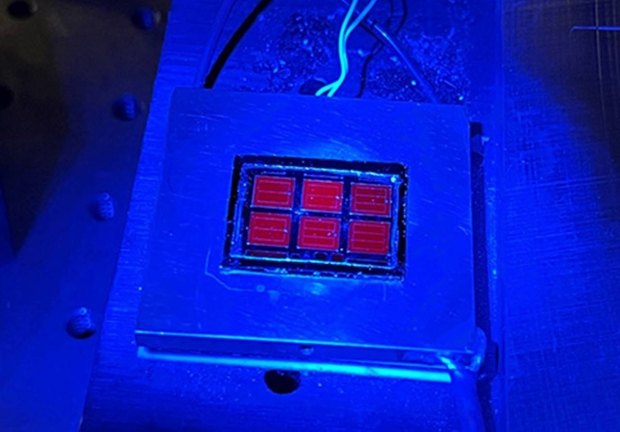 Researchers from the United States Department of Energy's National Renewable Energy Laboratory (NREL) have created a solar cell with the highest efficiency under 1-sun global illumination conditions. The new cell has an efficiency of 39.5%, up from the previous record of 39.2% efficiency, which was previously set by NREL researchers as well in 2020.

"The new cell is more efficient and has a simpler design that may be useful for a variety of new applications, such as highly area-constrained applications or low-radiation space applications," said Myles Steiner, a senior scientist in NREL's High-Efficiency Crystalline Photovoltaics (PV) Group and principal investigator on the project.

The NREL invented the inverted metamorphic multijunction (IMM) architecture upon which many of the best recent solar cells have been made, including both this latest cell and the previous most efficient. The cell is made from III-V materials, referring to the periodic table group they belong to, and such cells are known for their high efficiency, but traditionally high cost manufacturing process. Consequently, the NREL is working to dramatically reduce manufacturing costs, increasing the economic viability of these cells.

You can read more from the NREL press release here, and can find the study here.