The Nuclear Regulation Authority within the Japanese government has approved a plan by the Tokyo Electric Power Company (TEPCO) to dispose of treated radioactive wastewater into the ocean. 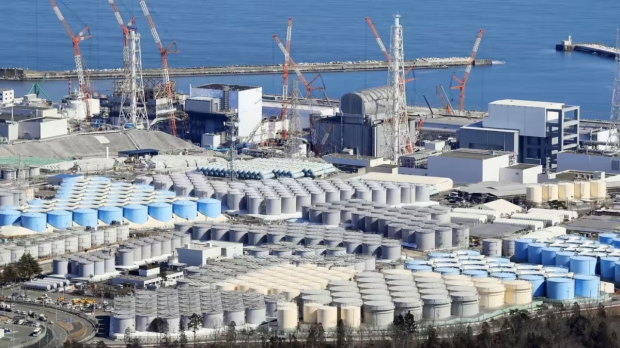 TEPCO submitted the plan in December 2021 for gradually releasing the treated wastewater from the Fukushima nuclear power plant into the ocean beginning in 2023. The government made the decision last year that the wastewater was to be released as part of the ongoing cleanup and decommission of the plant following the 2011 Fukushima nuclear disaster.

A massive earthquake and tsunami at the time destroyed the plant's cooling systems, leading to the meltdown of three reactors. Water used to cool the damaged reactor cores has become irradiated and been collected and stored across a thousand water tanks on-site, with a capacity of 1.37 million tons that will likely be reached next year.

TEPCO's plan involves transporting the treated wastewater to a coastal facility, where it will be diluted with seawater. The water will then be discharged roughly 1 kilometer (0.6 miles) off the coast via an undersea tunnel to minimize the impact on the local environment. The plan will become official after a 30-day public review, which is expected not to overturn the approval.