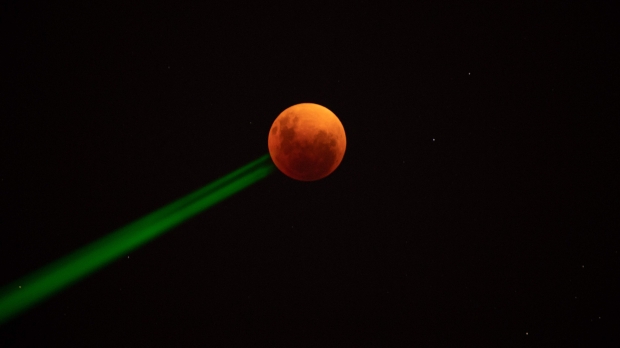 The full moon spent approximately 85 minutes inside the Earth's umbra and shadow, compared to 96 minutes during a total lunar eclipse in August 1989. May's full moon is known as the Flower Moon, while the reddish appearance taken on by the moon during a total lunar eclipse due to light from the Sun bleeding around the Earth and landing on the moon earns it the moniker Blood Moon.

A Super Moon occurs when a full moon or new moon closely coincides with perigee, meaning the point in the moon's orbit at which it is closest to Earth, giving the moon a larger apparent size in the sky than normal. The culmination of these three factors has given this month's spectacular total lunar eclipse the mouthful of a name that is the Super Flower Blood Moon.

Check out galleries for more great shots from the Super Flower Blood Moon on Space.com, The Guardian, and Live Science. 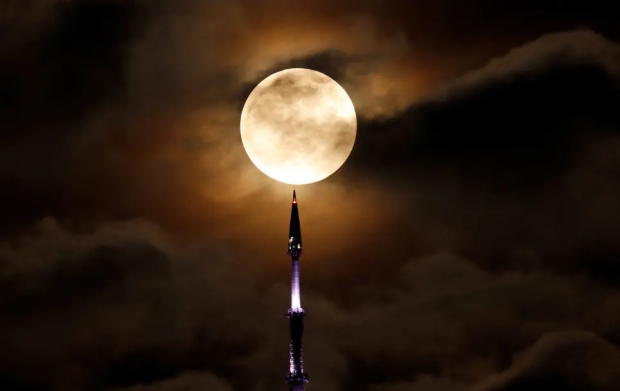 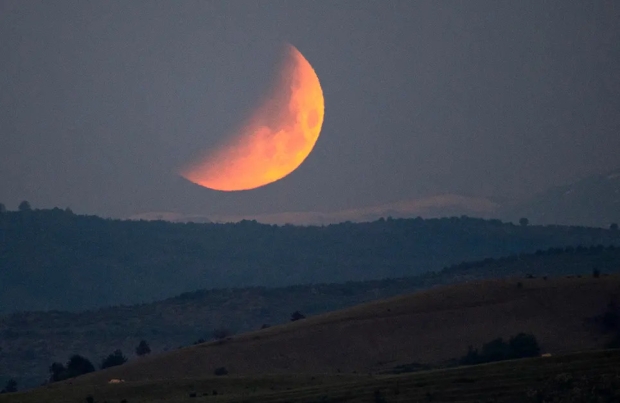 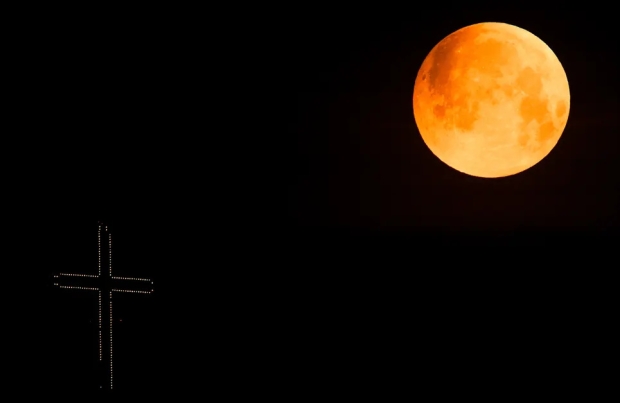 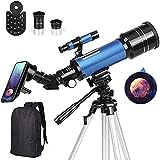