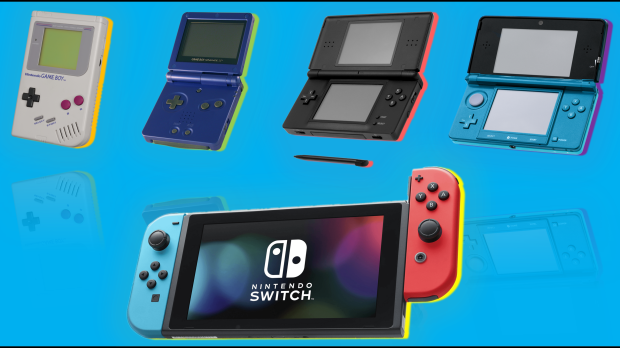 The Switch's numbers are impressive on their own, but become even more interesting when weighed against--and in combination with--other hardware. According to data provided by Nintendo and compiled by use, the Switch's cumulative growth factor has bumped total handheld sales to an impressive 537.81 million units to date. 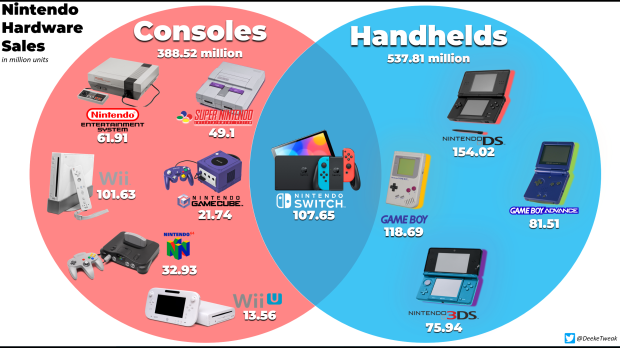 The data includes legacy handhelds like the Game Boy, Game Boy Advance, Nintendo 3DS, and the DS. These systems are all retired so their numbers are set in stone and won't increase.

On the flip side, console sales are currently at 388.52 million across Nintendo's entire lineup of home systems. Since the Switch is both a console and a handheld, we've included its shipments across both spectrums.