The Nintendo Switch family of hardware and software has helped Nintendo earn nearly $63 billion in games revenues since 2017. 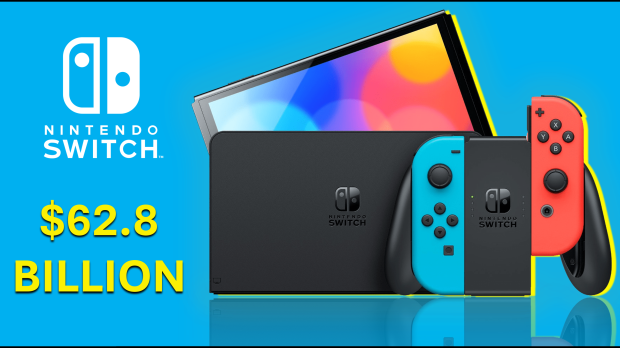 The Switch is one of the most successful systems that Nintendo has released, combining the strengths of all platform types and revenue streams in one package (handheld + console, digital + physical game sales, and online services like Switch Online).

To date, the platform has made a considerable portion of Nintendo's games revenues. According to data provided by Nintendo and compiled by us, the company has generated $62.766 billion from its dedicated video games hardware and software division since the Switch released in March 2017. 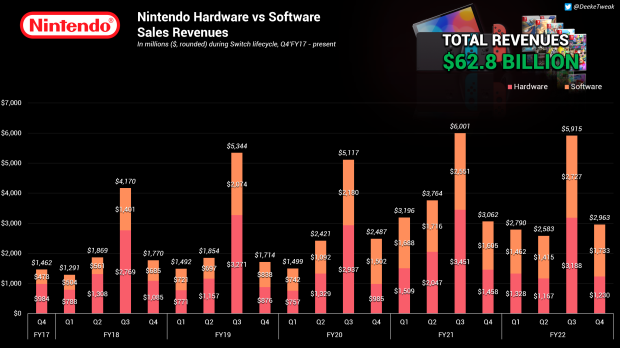 The data represents five years of Switch hardware, software, services, and accessories sales. The bulk of these revenues actually comes from hardware and Nintendo is one of the few video games companies on the planet to consistently make more revenues from hardware than software. It helps that all Nintendo Switch consoles are sold at a profit.