A flight has been grounded right before taking off following several passengers receiving disturbing images sent to them via Apple's AirDrop. 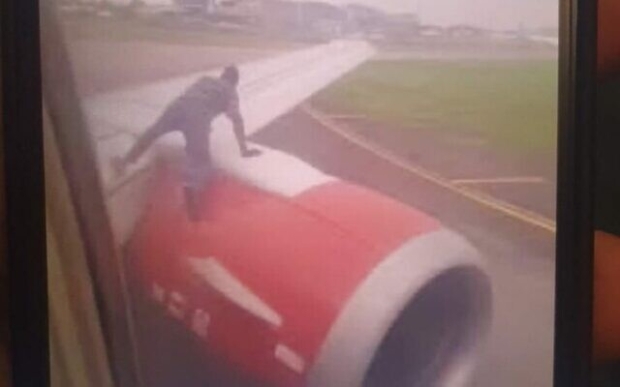 A photo from a passenger observing security checks.

The flight that was grounded on Tuesday was a plane scheduled to take off from Tel Aviv to Instanbul, and as the plane was preparing for take off several passengers received AirDrop requests. Some passengers accepted the requests and were shocked at the images they received as they were of airline disasters such as the 2009 Turkish Airlines crash in Amsterdam and the 2013 disaster of the Asiana Airlines flight in San Francisco.

"I am sure the police and the security authorities will find out why they did it," said Airport Authority spokesman Oren Lefler to Channel 12.

Police identified and detained nine Israeli citizens that were approximately the age of 18 and have kept them for questioning. Notably, police said that the detained individuals may be charged with spreading false information that incites fear and panic, and the images "could be interpreted as constituting a threat to carry out an attack." If found guilty of this, the charged can face up to three years in prison.

"We got on the flight, and the plane started moving. Most people received a request for a photo confirmation in AirDrop. Some approved, some did not. The plane stopped, and the attendants asked who got the photos. After a few minutes, we were told to get off. Police showed up, so we realized there was an incident. The airport authorities told us there was a security incident, and they took all our luggage off the plan for a secondary inspection," said one passenger on the flight to the Israeli broadcaster Kan.

The Boeing 737, operated by AnadoluJet, a subsidiary of Turkish Airlines, underwent extensive security checks by the Israel Airports Authority (IAA), delaying take off by several hours. Eventually, the plane and its 160 passengers departed Tel Aviv and made it to Istanbul's Sabiha Gokcen Airport without the individuals who sent the disturbing images to passengers.