Just like Earth, Mars gets smacked with a nice selection of meteors that vary in size and contents. Some of these space rocks make it to the surface. 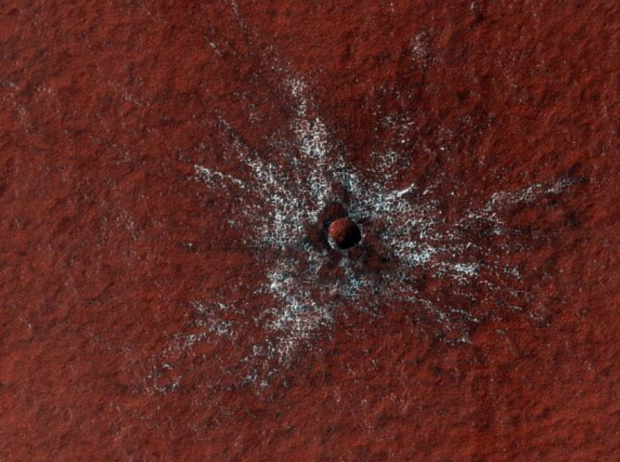 With images and data acquired by NASA's Mars Reconnaissance Orbiter (MRO), researchers believe they have discovered a new crater on the martian surface. The above image was taken by MRO on July 24, 2020, and when compared to an image of the same location taken in 2018, the crater isn't there, meaning an impact happened sometime between 2018 and 2020.

The MRO launched in 2005 and has been in operation since 2006, gathering data on Mars. Over this extensive period of data collection, researchers have been able to estimate that Mars gets smacked by about 200 meteors every year. The HiRISE camera used to snap these images has injected the image with "false" color that allows researchers to more easily distinguish between different materials and textures within the image. The crater would look very different if the human viewing it was standing next to it.