Putin met with Maxim Dreval, the General Director of the Knowledge Society, to say that Wikipedia can't be used in isolation as an information source. The comments appear to continue Putin's longstanding vendetta with Wikipedia. Most recently, in March, Moscow's censorship office wrote to Wikipedia, threatening to block the site over information about Russian casualties in Ukraine.

"Of course, objective, important, in-depth information that's been gathered properly and skillfully...this is in great demand. And that's why you can't just use Wikipedia. And we know the quality of the information there. But when you have talented people who are professionals whose opinions you can trust, that is, of course, worth a lot. It's like an encyclopedia, but living and breathing," said Putin, according to translations in the video posted by journalist Kevin Rothrock.

Putin also expressed support for increasing educational content on Russian television channels, presumably in favor of Wikipedia and other online information sources. In the neighboring country of Belarus, Wikipedia editors have been arrested by police. Following the arrest of one such editor, articles he had previously edited were accessed and edited once more to remove information such as those about personal sanctions made against Belarussian president Alexander Lukashenko. 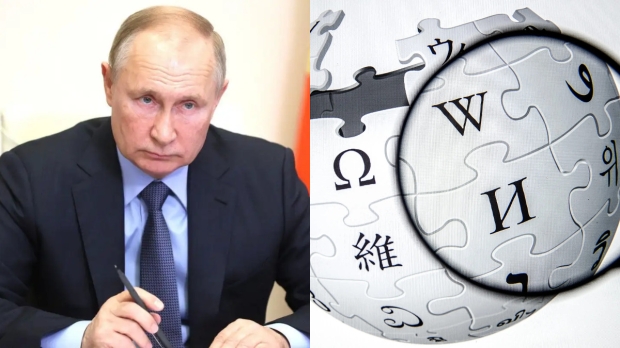