Following Elon Musk's official purchase of Twitter and the long process of closing a multi-billion dollar deal, Musk has found himself in the middle of some controversy.

Musk only recently purchased Twitter, and as a part of the 95-page-long agreement, the Tesla and SpaceX CEO agreed to put restrictions on any future tweets until the deal was closed. The restrictions that Musk signed on for was that any future tweets wouldn't "disparage" Twitter or any of its representatives.

Twenty-four hours after the agreement was signed, Musk posted two tweets; one was a reply to podcast host Saagar Enjeti flagging, who posted an article that claimed Twitter's legal head, Vijaya Gadde, was "emotional" and cried during a meeting where the deal was being discussed. Enjeti described Gadde as Twitter's "top censorship advocate", which was a call back to the role Gadde played in Twitter's decision to stop the New York Post from publishing a story about President Joe Biden's son, Hunter Biden.

Musk's engagement in the discussion sparked many users to post negative tweets about Gadde, with one user writing she will "go down in history as an appalling person", while some other users asked for her resignation. Furthermore, Musk replied to a tweet from Mark Cernovich that was an article detailing Twitter's deputy general counsel and his former position at the FBI. "Sound pretty bad..." wrote Musk. 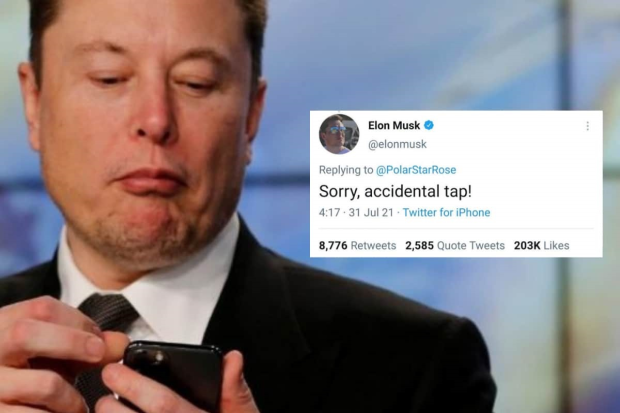