A huge 'Warzone-scale' battle royale type of mode is coming to Halo Infinite in an effort to revitalize the playerbase. 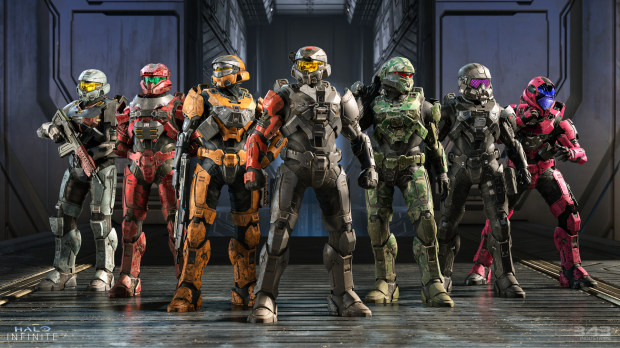 Halo 2 multiplayer developer Certain Affinity is making the mode, a massive undertaking that's been in development for two years with a scale that may rival Call of Duty Warzone--in fact, it's so big that it's "almost like another game."

"It would appear so. I have information that would suggest it's some form of battle royale," Corden said in a recent Xbox Two podcast.

"I don't know if it's going to be specifically a clone of PUBG. This is a huge mode that's been in development for over 2 years at Certain Affinity. It's a big deal and a huge investment and they've been working on it for a really long time. This isn't a sort of few game modes here and there, this is a big Call of Duty Warzone scale undertaking.

"The goal of this mode is to bring in new players to the Halo franchise, people who aren't familiar with Halo. They've got Arena, they've got big team battle for classic Halo-style gameplay, but this is gunning for the Fortnite or Warzone audience. This is going to go broader. I have received information that this is some form of battle royale; a shrinking arena, like in typical battle royale fashion.

"I don't know if it's going to be team based like Apex Legends or if it'll be solo. I don't have exact details in how it plays but it is targeting that sort of audience, and that to me suggests battle royale, and someone pretty much told me it's battle royale."