On April 3, a 12,000 mile-long "canyon of fire" opened up on the surface of the sun, causing a coronal mass ejection (CME) to be shot towards Earth. 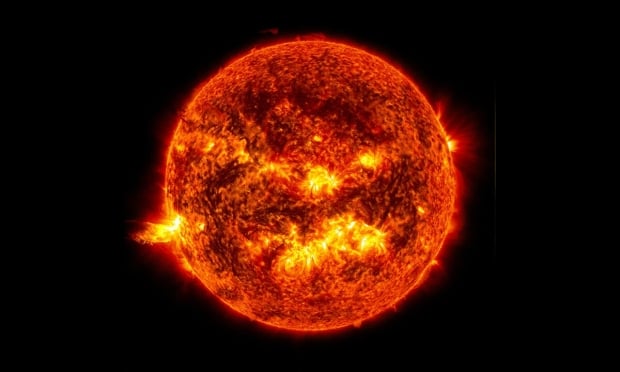 Officials from the UK weather forecaster Met Office said the sun experienced two "filament eruptions", with the first occurring on Sunday, April 3, and the second on Monday, April 4. Forecasters have confirmed that both eruptions have caused CMEs, which are waves of charged plasma ejected from the sun's atmosphere.

When a CME impacts Earth, it interacts with Earth's magnetic field, and that interaction between the charged particles from the sun and Earth's atmosphere can be seen in the form of auroras such as the southern/northern lights. Additionally, larger CMEs can cause many problems for Earth as they can interrupt satellite communications, power networks, GPS, and even electrical grids.

As for the coming CMEs, officials can only confirm that one will impact Earth, with further study needing to be done to confirm the direction of the second CME. Space weather forecasters believe that the CME will impact Earth on April 6 at 10 AM EDT and cause a mild geomagnetic storm that NOAA would categorize as a G1 or G2 on the five-point scale.

Read more: Auroras light up the US after 'cannibal' Sun eruption slams into Earth