Today an asteroid approximately the size of a bus will zoom past Earth at around 34,500 mph, according to NASA's database.

The asteroid is categorized as a "potentially hazardous object" and is called 2022 GN1. According to NASA's Center for Near-Earth Object Studies (CNEOS) database, the space rock will come within 79,000 miles of Earth, and doesn't pose any threat of impact. Astronomers discovered the asteroid on April 1 and have estimated that its diameter is anywhere between 24 and 52 feet wide, making it a smaller asteroid when compared to some others floating around in space.

NASA has previously stated that an asteroid that has a diameter smaller than 100 feet in size is unlikely to reach the surface of Earth due to the planet's atmosphere burning it up. Additionally, the space agency has said that an asteroid that is 100 feet in diameter is likely to explode while it plummets towards the surface, which recently occurred over Indiana as residents reported hearing a loud boom that was followed up by officials confirming an asteroid airburst overhead. 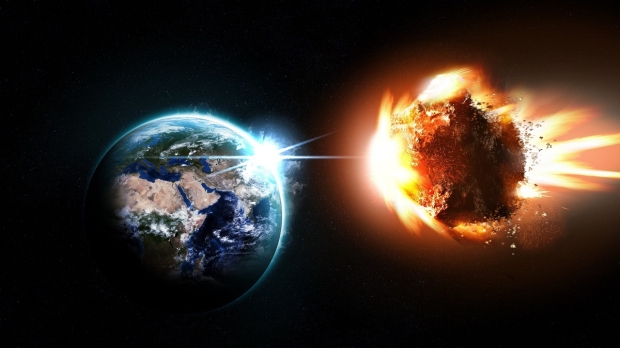