NASA confirmed that four lightning strikes landed within the perimeter of Launch Pad 39B at the Kennedy Space Center (KSC), where the spacecraft was executing operations for its wet dress rehearsal. The rocket and spacecraft stacked atop it are undergoing tests to prepare for the upcoming Artemis I mission to the moon. Three strikes were low intensity and struck lightning tower two, while a fourth, higher intensity strike struck tower one.

"Teams currently see no constraints to proceeding with the test countdown timeline as planned and will continue procedures to power up the SLS boosters and ICPS overnight. Overnight, engineers will also work to make up time for activities that were paused due to the severe weather," NASA wrote in a statement. 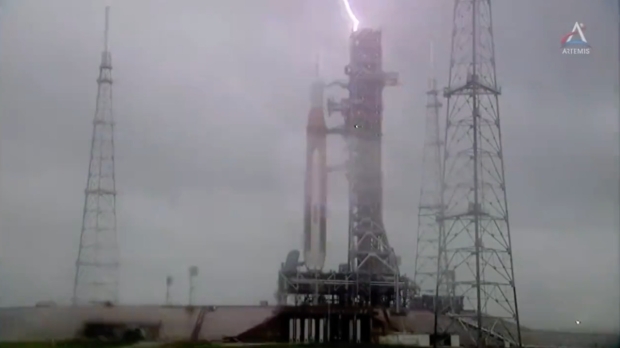