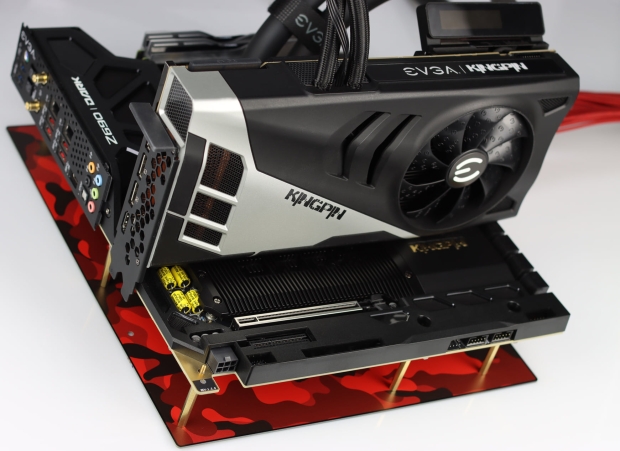 We saw EVGA's exotic GeForce RTX 3090 Ti KINGPIN Hybrid earlier this year when the company teased it in January, but now it's been shown off in more detail now that NVIDIA has released the RTX 3090 Ti. There's no pictures of the AIO cooler, but you can see a huge bulky AIO cooler is going to be with the card... I didn't like it on the ASUS ROG Strix LC GeForce RTX 3090 Ti OC Edition that I reviewed in the last 24 hours.

But what EVGA also does is include a slick OLED panel so that you can keep an eye on those GPU and GDDR6X temperatures, while the new GeForce RTX 3090 Ti KINGPIN Hybrid requires a truly ridiculous dual 16-pin PCIe power connector setup.

With dual 16-pin PCIe power connectors, the EVGA GeForce RTX 3090 Ti KINGPIN Hybrid can use up to 1275W of power... this will flow through the card, because the real TDP is around 550W -- so 1100W total -- but EVGA's custom BIOS will unlock higher power limits. So expect many overclocking records to be absolutely shatted in the coming months. 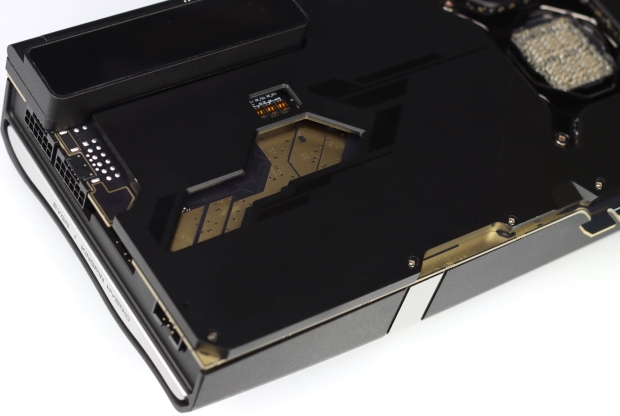 NVIDIA kicks pricing off at $1999 for the new GeForce RTX 3090 Ti, so I would be buying the EVGA GeForce RTX 3090 Ti KINGPIN Hybrid graphics card with your eyes closed... but it should be worth it, if you are addicted to silicon, breaking OC world records, and have more LN2 on-hand than James Cameron. 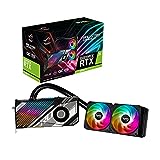