Microsoft has paid out billions in royalties to indie game developers as part of its ID@Xbox program, but these payments are just a drop in the company's very deep money bucket. 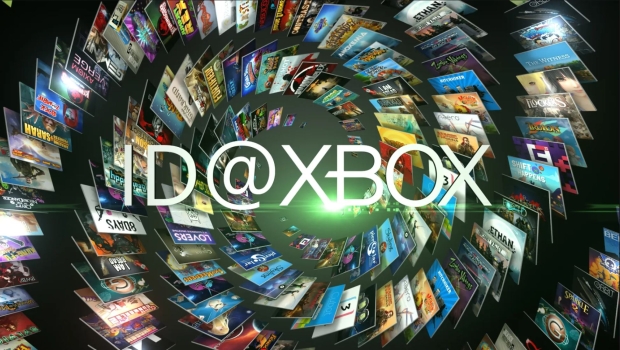 It's been nine years since the ID@Xbox program first launched in 2013, helping usher in a new wave of indie games onto the Xbox console-and-PC ecosystem. The initiative has helped publish and fund thousands of indie games that have earned Microsoft, and the developers themselves, billions in revenue. 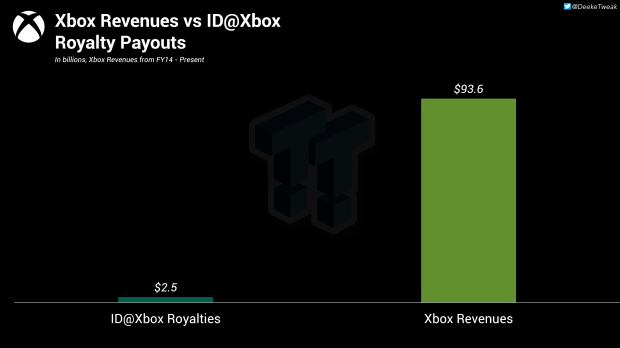 In fact, Microsoft says it has paid out more than $2.5 billion in royalties to indie developers. That sounds like a lot, but it's actually not, at least in comparison to the company's gargantuan earnings from the Xbox marketplace.

To put the numbers into perspective, the ID@Xbox payouts are roughly 2,7% of total Xbox revenues from FY2014 - present. Microsoft has earned a whopping $93.6 billion in revenues from July 2013 to December 2021.

The graph below illustrates Xbox's quarter-by-quarter revenues for the FY2015 - present day periods, minus the $8.6 billion earned through FY2014.

"The results have exceeded our wildest dreams. Since the program's inception, independent developers have earned more than $2.5 billion in royalties and total revenue generated by ID@Xbox partners on Xbox almost doubled over the last three years. These are staggering numbers, and it speaks to the power of independent developers.

"We've also paid developers and publishers across Xbox hundreds of millions of dollars in Game Pass license fees. There are amazing games out today on Xbox (and other platforms!) that would never have existed without the support of Game Pass members, and that's really been an incredible phenomenon. Ensuring that millions of Game Pass members get to experience some of the best independent games ever created has been transformational for Xbox players and developers."