SpaceX is developing Earth's most powerful and tallest rocket, which is expected to be the transportation to the moon and eventually, Mars.

The next-generation rocket is called Starship and when fully equipped with the Super Heavy Booster that is comprised of 33 raptor engines it will stand at nearly 400 feet tall, making it largest and most powerful rocket ever built. Recently, SpaceX CEO Elon Musk revealed on Twitter that SpaceX should have 39 flight ready Raptor 2 engines built by next month, which will be followed by another month of integrating them into Starship and finally an orbital test flight "hopefully" in May.

The SpaceX Twitter account recently published the above photos that showcase Starship fully stacked with Super Heavy docked at Starbase in its South Texas facility located near the Gulf Coast village of Boca Chica. While SpaceX are waiting on Raptor 2 engine development it is also waiting on the results from the US Federal Aviation Administration (FAA) environmental review which is expected to be released no earlier than March 28. 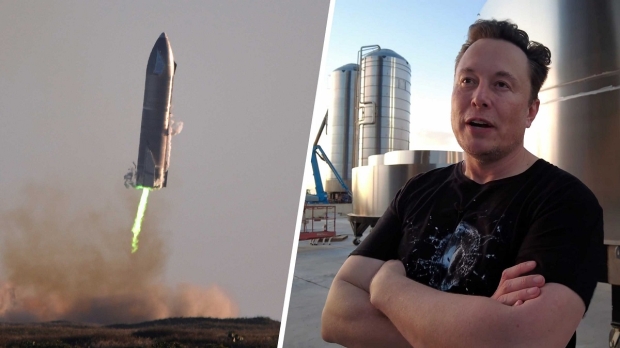