In a recent Facebook post, Ukrainian officials have claimed that Russia is currently planning a "terrorist attack" on the Chernobyl nuclear power plant. 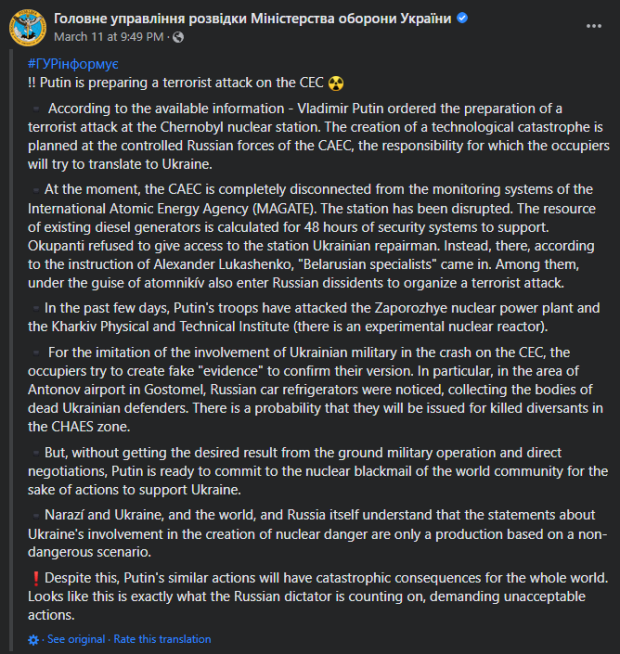 Furthermore, since Russia captured the Chernobyl nuclear power plant, the International Atomic Energy Agency (IAEA) announced it had lost contact with the power plant's safeguard monitoring systems. Additionally, Ukrainian officials have said that Russian occupants at the Chernobyl power plant are refusing to let any engineers or repairmen on-site fix damaged energy cables that power the site. Officials are also warning that there are only 48 hours left of diesel to power the emergency generators.

It should be noted that the Ukraine Ministry of Defense didn't present any evidence for these claims.