Gearbox plans to release a whopping 10 AAA games by 2026, its parent company Embracer Group has announced. 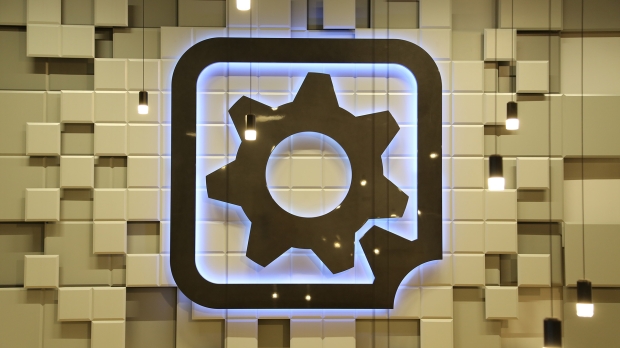 Gearbox was once known as the dev behind Borderlands, but now its grown into a multimedia entertainment company with multiple segments. Gearbox now has three divisions: Gearbox Publishing, which has helped publish indie games like Godfall and Risk of Rain 2, Gearbox Software, its internal game studio responsible for Borderlands games, and Gearbox Studios, a branch focused on multimedia like the new Borderlands film.

Gaming is still Gearbox's bread and butter. The company has ambitious plans to release 10 major AAA games by 2026, compromising nearly half of Embracer's total 25 game pipeline for the period.

These games include internal titles across "multiple phases of development," as well as third-party games under Gearbox Publishing and its new Perfect World Entertainment segment. The project pipeline should be quite varied with a mix of dedicated and MMO games. 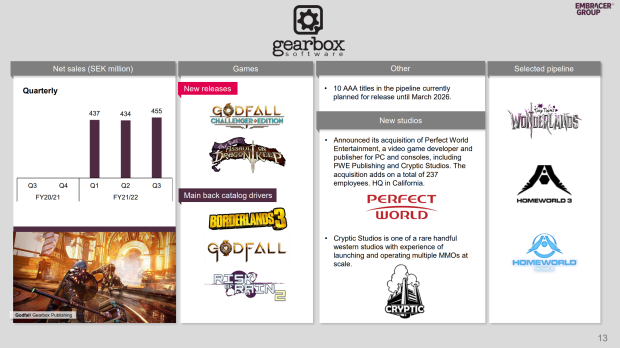 On the MMO front, Embracer acquired Perfect World's US division in December and folded it into the Gearbox segment. The deal included Perfect World Entertainment publishing branch in Redwood City, California as well as Cryptic Studios, who develops D&D Neverwinter and Star Trek Online.

Gearbox has been accretive since it was acquired in February. In holiday 2021, Gearbox contributed 455 million SEK and accounted for about 12% of revenues on back catalog sales of games like Borderlands 3.

The company opened a new studio on Montreal and is currently on a mass hiring spree to help build these new games, which will be developed in tandem with external studios.

"Gearbox are heavily recruiting across their studios. They are setting up new studios, Montreal and they are growing. There are also titles that are externally developed," Embracer CEO Lars Wingefors said in a Q3 presentation.

"Of those 10 titles, there are a few that are more in the concept phase or in the preproduction phase. So, they need to deliver on the business plan to add more resources to deliver all those games. And that's - they seem to be on track on that, but they are having a very ambitious business plan."