After decades of independence, Gearbox is now part of The Embracer Group (aka THQ Nordic). Gearbox might've found a new home, but it hasn't found a new publisher. 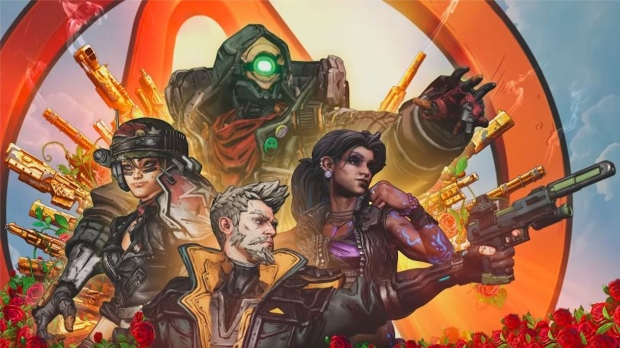 Embracer might own more IPs than any other video games company on the market right now, but it doesn't necessarily have the publishing might to release huge mass-market games that sell multiple millions of copies. That's why Gearbox is still teaming up with other partners to get its games distributed.

"On behalf of our team, I would like to congratulate Gearbox Software on their recently announced merger with Embracer. This marks an exciting new chapter in the studio's history. And we look forward to continuing our successful partnership with Gearbox, including the long-term publishing relationship for the Borderlands franchise going forward and some unannounced projects that will be revealed over time," Zelnick said.

"In terms of consolidation, you've seen a lot of deals out there, most recently Embracer is, is merging with Gearbox, a company near and dear to our heart and we're grateful that we'll still be in business with Gearbox and they'll still be working with us on Borderlands and on other titles."

Borderlands 4 is almost assuredly in development for PS5 and Xbox Series X/S consoles, possibly complete with Unreal Engine 5 optimizations. Under the Embracer merger deal, Gearbox can make up to $1 billion based on certain performance milestones. If Gearbox can release an unannounced title within the next six years, and sell a certain number of copies, the developer can earn a massive bonus.