After years of development hell, the Halo TV show finally premieres on March 24 with Pablo Schreiber starring as Master Chief. Strong reception from fans has bolstered Paramount's confidence in the series and a second season of the Halo show has officially been greenlit.

While it's set in the same universe, the Halo Paramount+ series makes significant divergences from the established game lore. The show actually has its own separate parallel timeline called the Silver Timeline which allows writers and creators to conveniently borrow, adapt, and alter key events, characters, and locations to make the decades'-long series more show friendly. 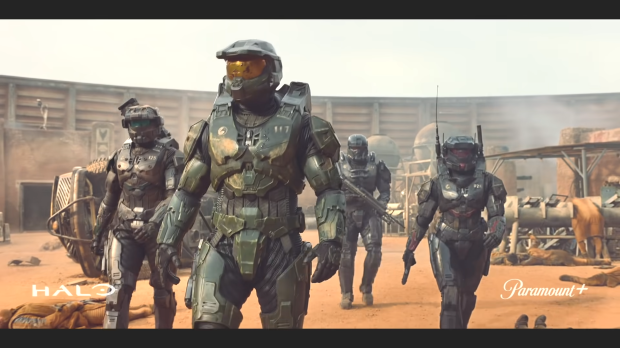 The Halo series will follow Silver Team, a new group of all-original Spartans as they battle the Covenant in a brutal, ruthless intergalactic war. Mainstays like Chief, Cortana, and Dr. Catherine Halsey are all included, and the show will chronicle the Spartan-II program's roots with other themes like the insurrectionists, Covenant hierarchies, and the ancient secrets of the Forerunners.

The Halo second season order is part of Paramount's huge new content lineup that it hopes will bolster its lucrative streaming service, Paramount+, which has just broken 32.8 million subscribers.

Other additions include a new Star Trek, TMNT animated film for theaters, and even a new Beavis and Butthead film.