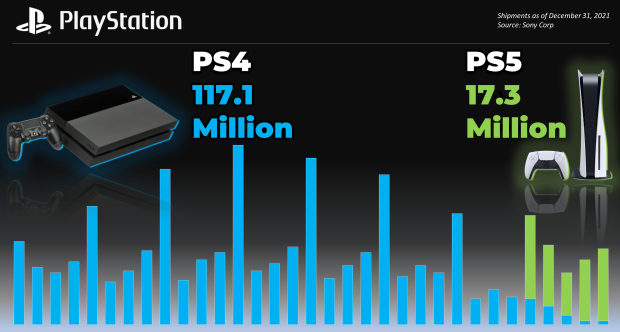 The worldwide semiconductor shortage is taking a big bite out of consumer hardware sales. Sony's video games consoles are being hit particularly hard by the scarcity, leading to constrained supply of its PlayStation 4 and newer PlayStation 5 consoles.

Total PS4 shipments now sit at 117.1 million units as sell-in rapidly drops. In Q3'21, Sony delivered the lowest PS4 shipments for the second quarter in a row. PlayStation 4 shipments have fallen by a staggering -96% since Holiday 2019, which was the last strong period of PS4 shipments (6 million). 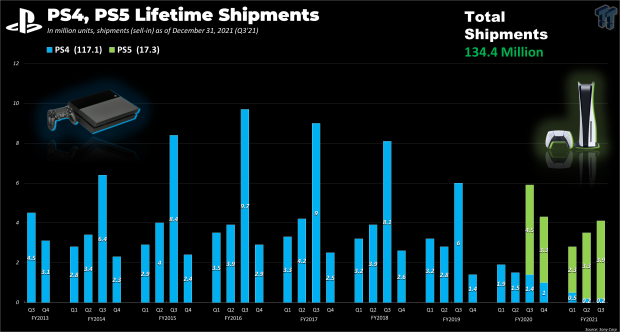 Sony has said it has no plans to stop producing the PlayStation 4, however supply restrictions, market saturation, and tandem PlayStation 5 production will no-doubt continue the PS4's overall decline.

Sony had originally expected FY22, which ends in April 2023, to deliver the largest shipment of PlayStation consoles ever. Based on materials provided by Sony, we estimated that as many as 23 million PlayStation 5's could be delivered in FY22.

This plan has likely been adjusted to reflect the current chip shortage.