Sony's once-mighty PlayStation 4 console has petered out considerably as the company delivers the lowest shipment figures for the second quarter running. 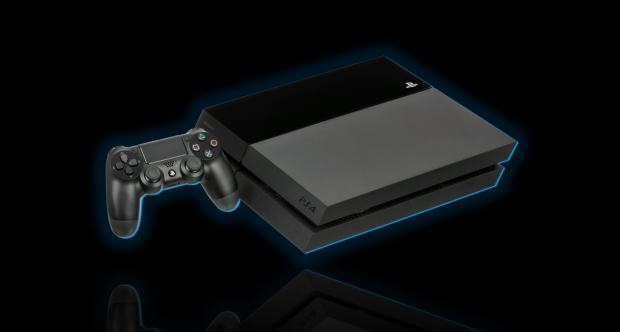 Sony just published megaton results for Q3'21, raking in $7.1 billion in revenues (second highest quarter in PlayStation history) and $817 million in operating profit (the best Q3 in history), all driven by strong software and hardware sales. 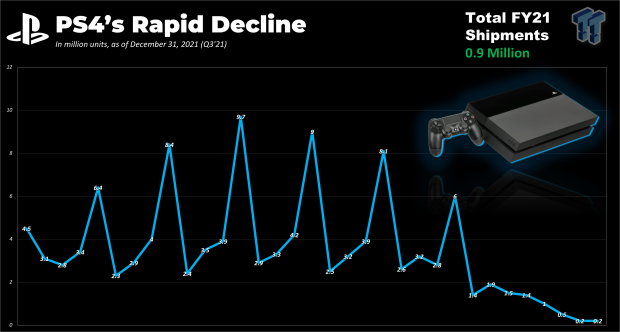 Sony also set a not-so-impressive record in the period by shipping less PlayStation 4 consoles than any other holiday period in the platform's history. The games-maker only shipped 200,000 PS4s during Holiday 2021. This is the second quarter in a row that Sony shipped this particular low PS4 volume.

The numbers punctuate a significant decline in PlayStation 4 console shipments since the debut of the PlayStation 5. While Sony does want consumers to buy its new system, component shortages are another major factor for the dwindling PS4 sell-in. 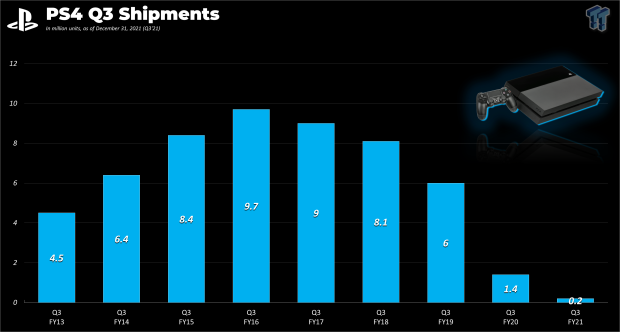 Total PS4 sell-in for Fiscal Year 2021 is a low 0.9 million units--the lowest it has ever been since the console released.